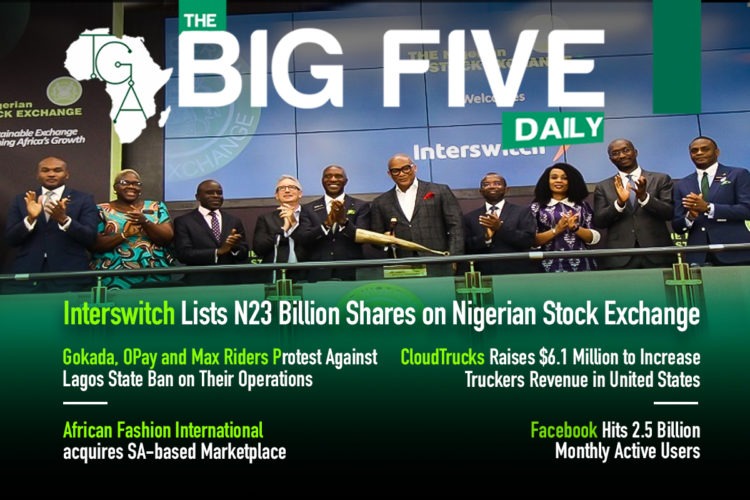 It’s the Monday edition of the Big 5 Daily!

African Fashion International (AFI), an event organizer based in Johannesburg, has acquired Wezart, an online art marketplace. AFI will leverage the acquisition to become a digital hub for Africa’s creative industry.

Following the ban by the Lagos State government on commercial motorcycles, operators of bike-hailing startups took to the streets of Lagos to protest the ban. Gokada, Maxng, and ORide operators all participated in the protest.

Also, Nigerian owned startup based in the US, CloudTrucks, has secured $6.1 million in a funding round. They will leverage the funding to scale its business across the US.

Finally, Facebook has reportedly reached 2.5 billion monthly active users in Q4 2019. This growth marks a 2% increase from the 2.45 billion users recorded in Q3 2019.

That’s it for today’s Big 5 Daily!

South Africa to Spend $26 Billion on Information Technology in 2020