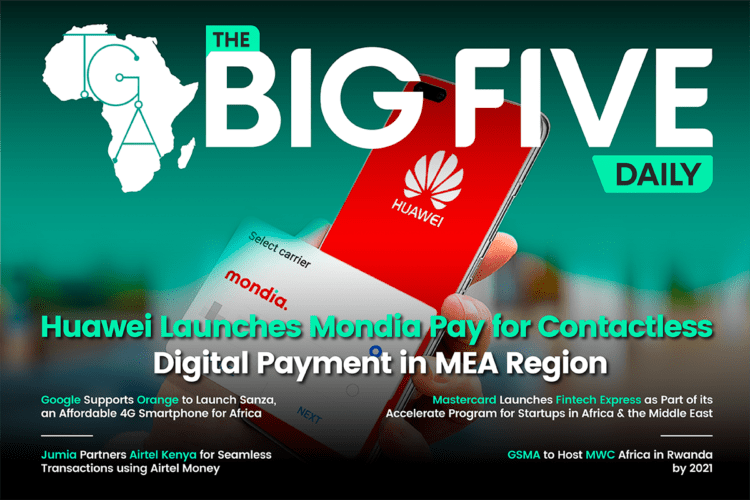 Hey Techies,
We have freshly juiced gists on today’s edition of the Big 5 Daily.

Huawei has launched Mondia Pay for users to be able to make cardless paments across the Middle East and African region. The app is now available for download in its AppGallery.

Google and Orange have launched Sanza, an affordable 4G Android smartphone for Africa. The launch of the smartphone is aimed at speeding up internet penetration across the continent.

Next, on the Big 5 Daily, Mastercard has launched Fintech Express as part of its accelerator program for startups in Africa & the Middle East.

In Kenya, Jumia has partnered with Airtel for customers to enjoy seamless payments using Airtel Money. It makes it easier for customers to incorporate online shopping as part of their daily transactions.

And, guess what? GSMA has announced plans to host its MWC 2021 in Rwanda. It cancelled MWC for 2020 because of the COVID-19 pandemic.