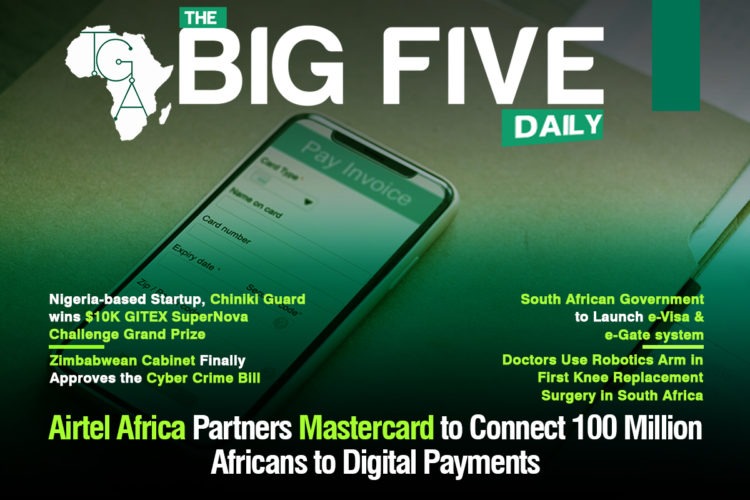 It’s time for the Big 5 Daily, where we bring you the biggest tech gist in the tech ecosystem.

Guess what? The Cyber Crime, Security and Data Protection Bill that was drafted in 2016 under the late President Robert Mugabe in Zimbabwe has finally been approved. The Bill aims to fight cybercrime and increase cybersecurity in the country. It will officially be passed into law after the parliament’s debate.

We have news that South Africa is planning to try a new visa system in November 2019. Tagged e-visa, the feature will allow the online capture of visa applications and biometric information. This system will make things seamless for tourists visiting the country.

Drum roll! Chiniki GUARD, a Nigeria-based startup that leverages AI to detect shoplifting has emerged the Best Artificial Intelligence Startup at the Gitex SuperNova challenge. The startup was awarded a $10,000 prize at the ongoing GITEX week in Dubai.

That’s it for today’s Big 5 Daily!