The African Tech Train is Moving, Who is Driving?

Memoirs of a Tech Junkie 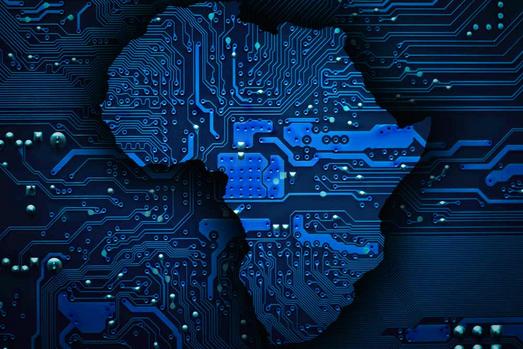 Drawing a defining line between pessimism and realism seems to be a difficult task when proffering opinions on dicey and controversial topics. However, it is important to say things as picture perfect as they are seen, the extra effort taken to sugarcoat bitter truths can sometimes take away from the deserved gravity demanded.

The African Digital scene has been entertaining serious interests and investments over the past decade. The last five years in particular, as it has become quite apparent that the African populace is a large wealth of untapped potential in the global village.

Millions of dollars have been pumped in from all angles and much resources have been channeled towards this venture. Accelerators, Hackathons, Pitches and the good old investment has gone into it. But a valid question that must be entertained nags at us. Where are the results? Considering how widespread and easily accessible the global market is, how many African Startups have made the cross overseas? Infact, how many startups have firmly registered their presence as a ubiquitous part of our lives the way foreign apps have done?

Facebook, Twitter and Snapchat are only a few of the apps that have done this, but it has continually bugged so many— as it has me why African apps have not successfully dominated the African market. What appeal do the international counterparts possess that ours lack? Is it marketed as well? Or are we just simply entranced by the grass always being greener at the other side that we fail to observe the purple hibiscus in our own yard?

Loaded questions, but little answers. A dive down the rabbit hole led me to the discovery of quite a number of interesting details. Some have little to do with this piece, others have everything.

On the back-end of things, the African Tech Scene is thriving.  Nigeria’s Flutterwave has managed to integrate itself into the very bedrock of societal construct while remaining relatively anonymous to the average Joe. Asking a random person what Flutterwave is would produce crickets, but when it is disclosed that they own the API that facilitates online payment, a glint of familiarity appears in their eyes.

One app that has managed to get it right is Kenya’s M-PESA or Tala, a product built on a foundation of usability, functionality and accessibility. However, even when the numbers are crunched, the number of people using M-PESA pales in comparison to the number of individuals sending selfies to their friends on Whatsapp. But with that, it is still quite rare to see African establishments replicate the success M-PESA or TALA has witnessed.

Combing through the most used Apps in the Nigerian market, the only product that cracked the top 20 was Jiji which was ranked 14th position, followed by Jumia which was ranked 26th and the FBN Mobile App at 38. The rate of adoption of consumer-based apps is low. The only succor to be had is in the Kenyan community which has successfully integrated quite a number of Fin-tech apps in its day to day activities.

Opinions have it that the imbalance lies with the Tech Startup while conceiving the idea, looking to impress investors rather than coming up with viable plans to serve the public. A great way to get an initial boost but long term, dooms it to fail.

However, some disagree with this sentiment and claim African Initiatives are perfectly tailored. However, unlike International Apps with mammoth budgets and the appeal that comes with being the pop of culture, our Apps are simply not ‘in our face’ enough. The few ones that have gone the extra mile to market are eCommerce platforms and they just might not be the kind of initiative to receive widespread acceptance.

Tackling this issue requires every rat to bell the cat. Developers need to realize that the average consumer base needs a little bit more than utility to adopt an app, it needs to be a part of pop culture itself, it needs to be well branded, diluted and a relatively easy pill to swallow because the proposed consumers are not welcoming to Tech, yet.

Likewise, the consumer base needs to be more lenient towards homemade apps and the first step to achieve that is making the conscious effort to patronize African Tech Startups. To leave constructive comments on the Playstore or Appstore and most importantly, to be generous with ratings. The African Tech Scene has huge potential; the international market is tapping from it. However, we cannot tap into it when all hands are not on deck.

We have to tell our stories. We have to push our own market.

Top Tech trends that will impact the world in 2022

Over $4 billion was raised by African tech startups in 2021