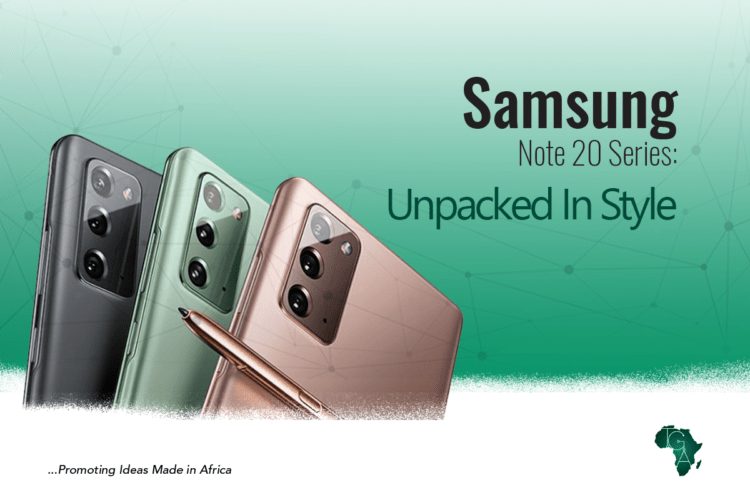 On Thursday, the 6th August 2020, Samsung unveiled the brand-new Galaxy Note 20 Series devices. The launch was a virtual event live streamed from its headquarters in South Korea.

The device was launched with the other Samsung ecosystem products such as Galaxy Buds Live, Galaxy Watch 3, Galaxy Z Fold 2 5G and Galaxy Tab S7 series. A huge hype was provided for the event by Samsung, called the function as “Galaxy Unpacked” which created massive curiosity among the techies. 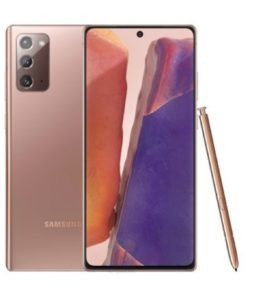 The Galaxy Note 20 is said to have a 6.7-inch Full High Definition Plus (FHD+) Super AMOLED Screen with a 20:9 aspect ratio which is one of the most significant aspect ratios featured on a smartphone. The processor chipset used is a Qualcomm Snapdragon 865 for the US version or Samsung’s in-house Exynos 990 chipset with support to 5G networks. The phone holds a battery of 4300mAh and has 25W fast charging and reverse wireless charging option. 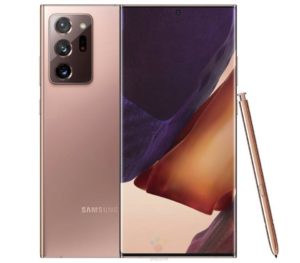 Whereas the Galaxy Note 20 Ultra has a 6.9-inch edge Quad High Definition Plus (QHD+) Dynamic AMOLED screen which has been picking up the trend in high-end flagships of 2020 with an aspect ratio of 19:3:9 and a refresh rate of 120 Hz. The process used is the same Qualcomm Snapdragon 865 for US version or the in-house Samsung Exynos990. The phone would feature a 4500mAh battery and has the same 25W fast charging with a reverse wireless charging option.

The S Pen also got an upgrade this time, with its latency now reduced to 9 milliseconds, making it more responsive than the predecessor which operates at 42 milliseconds.

The Galaxy Note series is always kept in direct comparisons with notebooks and laptops as it holds maximum storage in a smartphone. A 1TB expandable memory and a 12 GB RAM makes it easily an excellent competitor to the Laptop range devices.

The Note 20 series devices are certified with IP68 dust and water-resistance. They feature the Android 10 with the signature Samsung One UI 2.5 software skins. The phone comes up in 3 different colours, green, white, and bronze colour for Note 20 and Black, White and Bronze for Note 20 Ultra.

The phone is expected to be released in the markets by the last week of August. Pre-orders have started now, and the phone would be first debuted in South Africa for the African sector. High hopes are kept in anyways by phone enthusiasts. Still, personally speaking, I do look forward to experiencing the QHD screens and the flagships chipset power to indulge myself in experiencing the best machine available to use. 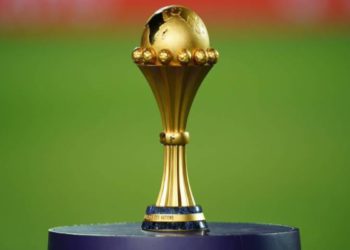 The Confederation Africaine de Football (CAF) and digital television operator StarTimes have signed an  agreement by which the media group...

MAX.ng Finally Rolls Out its E-Motorcycles in Nigeria

Marc Lore, Walmart’s e-commerce chief is leaving to build “a city of the future”