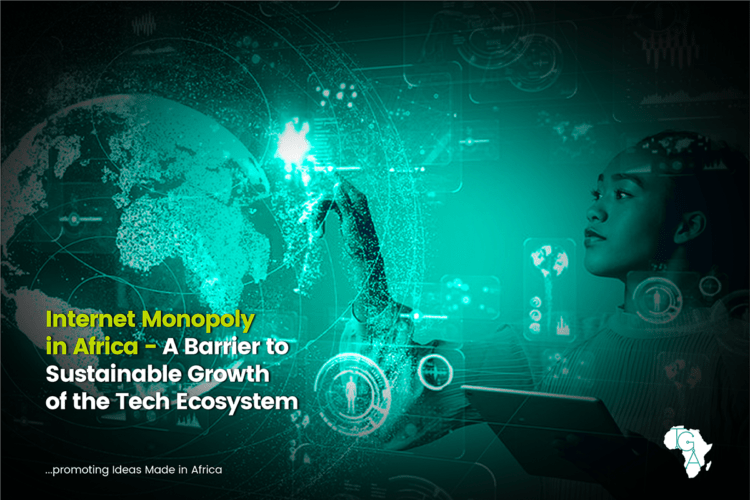 Internet monopoly is a major threat affecting the growth rate of the tech ecosystem in Africa. Internet shutdowns became sporadic in the continent as the governments intensify control in managing the information in their countries. According to an internet access advocacy group called Access Now, in 2019, 33 countries shut down the internet, compared to 25 in 2018. In total, there were at least 213 incidents of internet shutdowns around the world.

The countries of Benin, Burkina Faso, Sudan, Algeria, and Ethiopia topped the chart in Africa. Ethiopia, with over 110 million people, is one of the last countries in the world with a monopoly over its telecom operations. These countries, some democratic and others still under authoritarian regimes, have a virtual monopoly on internet access services. 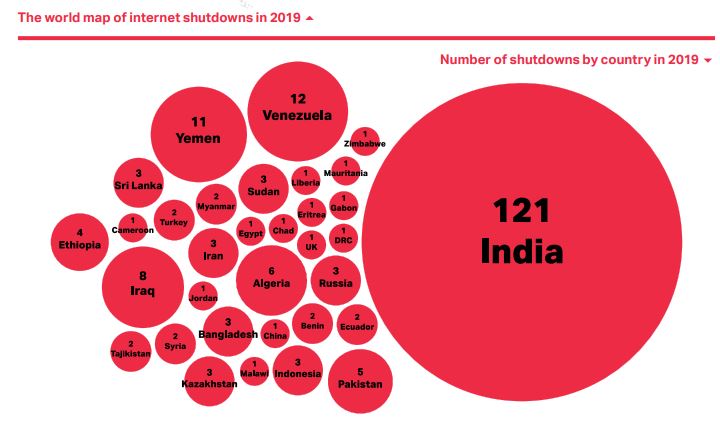 In all cases, the government intentionally disrupted the internet for months at a time. It rendered electronic communications inaccessible or unusable within the country. Take Chad, for example, who cut access to social media platforms for 472 days (16 months) between 2018 and 2019. The government blamed it on “security reasons”. Of the 25 shutdowns recorded in 2019, 21 of them affected entire countries and multiple regions. A country like Burkina Faso is among the African countries that have only one or two ISPs and little or no competition. Other countries like Niger and Malawi are either landlocked, have poor infrastructure, or single ISPs. 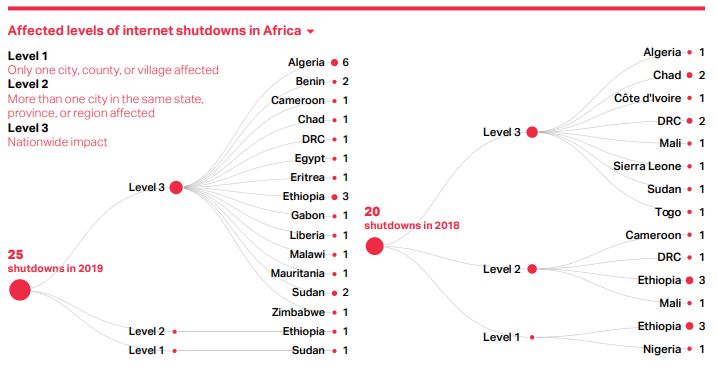 The governments of these countries have become internet monopolies. They try to justify their actions by either tagging it on protests, fighting fake news, influencing elections, hate speech, precautionary measures, or content promoting violence and exam malpractices. No matter the excuse, their reasons did not tally with general public opinion. Instead, residents viewed it as an attempt to control the flow of information, especially during elections or political instability. 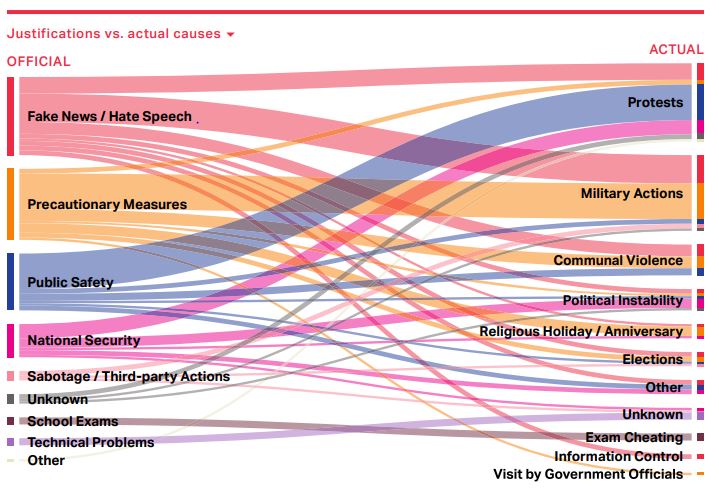 To end internet monopoly, all policy-makers should remove roadblocks that deter the use of terrestrial fibre and liberalize the industry. The cost of licenses and taxes on equipment and services should also be lowered. 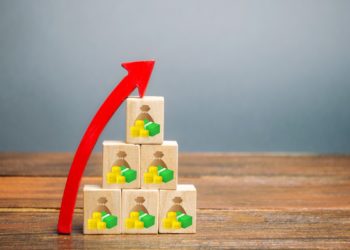 The list of the world’s most profitable companies provides insight into which countries have the most global influence and which...