by Tech Gist Africa
in Fintech, Innovator of the Week, Middle East and Africa, People, The Big 5
0 0
0 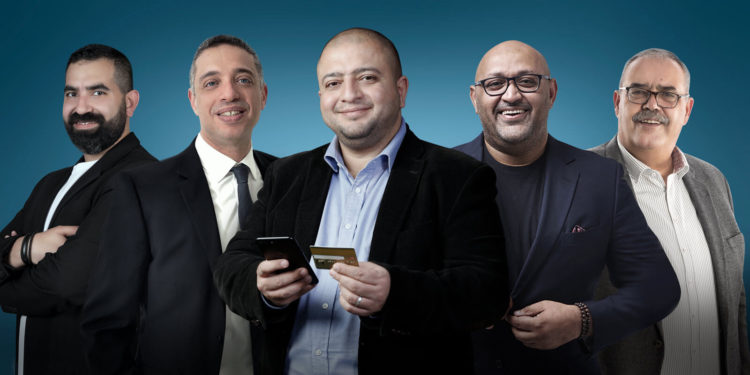 Forbes Middle East has published a list of the region’s Top 15 Fintech Apps 2021, showcasing mobile apps that assist customers in making payments, remitting money, borrowing, and investing online. The list was compiled using the amount of money transacted via the app in 2020, the number of downloads and active users, and the date of establishment.

The list includes five different countries. Six are based in the United Arab Emirates, with four in Egypt, three in Kuwait, and one each in Jordan and Saudi Arabia.

Forbes reported that, excluding FinTech apps owned by traditional banks and telecommunications companies, the 15 apps were downloaded 9.5 million times and processed approximately $6.9 billion in transactions in 2020.

Users can use myFawry to pay bills, recharge their phones, reserve bus tickets, and track their spending. Total downloads will have surpassed 1.6 million by 2020. The Egyptian Stock Exchange-listed Fawry for Banking and Payment Technology Services in 2019, with a market value of $1.9 billion as of August 5, 2021. The company also provides financial services through various channels such as ATMs and retail outlets. The app had 3.5 million total downloads and $105 million annualized throughput as of June 2021.

Al Ansari Exchange’s online remittance provider accepts payments via online bank transfers, credit cards, direct debit, and the PayPlus card. In 2020, the app processed approximately 1.8 million transactions worth approximately $1.5 billion. It had over 941,000 downloads and more than 850,000 active users as of August 2021.

Customers can transfer money in Kuwait and abroad using Kuwait’s first remittance app. The app processed over $1 billion in transactions and received over 337,000 downloads from the App Store, Google Play, and Huawei App Gallery. The app is available in seven different languages.

MyFatoorah was founded in Kuwait and now has offices in Oman, Saudi Arabia, Qatar, Bahrain, the United Arab Emirates, and Egypt. It processed over $1.7 billion in transactions up to July 2021, recorded 160,000 downloads, and has approximately 40,000 active users. Abdullah Aldabbous, who worked as a senior analyst at EY in Kuwait before launching MyFatoorah, founded the app.

valU is a BNPL app that allows users to shop at over 3,500 stores and service providers in Egypt, as well as 250 websites, including IKEA, Souq, Azadea, and MAF, among others, with payment plans ranging from six to 60 months. It is Egypt’s first buy now, pay later app, having launched in 2017. In the fiscal year 2020, the app processed nearly 196,000 transactions totaling $60 million. It had been downloaded over 655,000 times as of August 2021.

MoneyFellows, a digital version of the traditional ROSCA model known as “Gameyas” in the Arab world, enables users to access affordable credit and save. Ahmed Wadi founded the app in Egypt in early 2017 and expects to process $53 million in transactions by 2020. The company has raised more than $5 million in total funding, with another $4 million set to be secured in 2020. In 2020, it was ranked 48th on Forbes Middle East’s list of “The Middle East’s 50 Most Funded Startups.” The app had over 173,000 active users and had been downloaded over 1.6 million times as of August 2021.

eFAWATEERcom is linked to 92 percent of Jordanian banks, allowing customers to pay over 250 different types of bills electronically. It will have processed over 50 million invoices worth $33 billion by 2020, and it will have over 381,000 active users. The Central Bank of Jordan owns the app, which is operated by Jordanian company MadfooatCom for Electronic Payments, which ranked 35th on Forbes Middle East’s list of “The Middle East’s 50 Most Funded Startups” in 2020 after raising $7.8 million in total funding.

tabby enables over 2,000 brands and businesses to offer flexible payments at the checkout to their customers. So far, the app has received more than $130 million in funding from investors, according to the app. In June 2021, tabby secured $50 million in debt financing from California-based Partners for Growth. The app launched “tabby Cashback” in April 2021, allowing shoppers to earn up to 20% cashback when making a purchase from one of tabby’s partners. Hosam Arab, who previously co-founded Namshi, and Daniil Barkalov, the former CEO of Revo Technology, co-founded tabby.

AMAN offers financial services to Egyptian merchants, with a particular emphasis on the unbanked. Users can use the app to make mobile bill payments, utility bill payments, and e-wallet recharges, among other things. It completed approximately $60.2 million in transactions in 2020 and has been downloaded over 154,000 times.

In 2020, the LuLu Money app was downloaded over 890,000 times and processed 825,000 transactions totaling more than $730 million. Recently, the app launched an e-wallet for Filipino ex-pats. It also allows WPS salary cards to be used as a payment method for remittances. In collaboration with First Abu Dhabi Bank, it launched the payroll management card “My Pay My Card,” which allows users to make transactions without requiring a bank account.

CASHU offers services such as a virtual Mastercard, money transfer, bill payment, online shopping via the “CASHU Bazaar,” and cryptocurrency trading. CASHU has collaborated with companies in Saudi Arabia, Egypt, and Kuwait, including Bank Albilad, Mastercard, Sadad, and Cameo.

PayTabs is an app that offers payment methods to online businesses, as well as features such as a business manager dashboard and e-invoices. The app meets the needs of entrepreneurs who travel or are short on time. In 2020, it processed approximately $577.8 million in transactions and was downloaded over 9,000 times. It has raised a total of $26 million in funding. In 2020, the company was ranked ninth on Forbes Middle East’s list of “The Middle East’s 50 Most Funded Startups.”

Zbooni enables merchants to sell products and accept credit and debit card payments through any chat app. In 2020, the app processed $20 million in transactions and had 50,000 downloads, with approximately 40,000 active users. Ramy Assaf, the CEO of MEVP, is also the founder and CEO of Friendshippr.

FinFirst enables individuals and businesses to shop for, compare, and apply for financial services and products such as loans and insurance. It processed 5,000 transactions worth a total of $60 million in 2020 and was downloaded 50,000 times. Abbas Hijazi, the former CEO of Saudi Arabia-based AIMS Holding and Group CFO and CIO of the Othaim Holding Company, founded FinFirst Capital.

Foloosi is a one-stop-shop for services like utility bill payment, parking fees, and mobile recharges. Without the need for a card machine, Foloosi Business enables businesses to accept card payments via QR codes or payment links. In 2020, the apps processed $7 million in transactions and were downloaded more than 45,500 times. Foloosi has over 5,000 merchants on board, including Property Finder, Slash Coffee, and Tutoring Club. The startup graduated from the Sheraa incubator program in July 2018 and was incorporated as a DIFC company through the FinTech Hive in September 2019. Omar Bin Brek and Mohan Karuppiah founded Foloosi.

2021 FORBES AFRICA’s 30 Under 30 is now officially open for nomination.

The Rwanda Coding Academy has received a $7.1 million investment from the Korea International Cooperation Agency