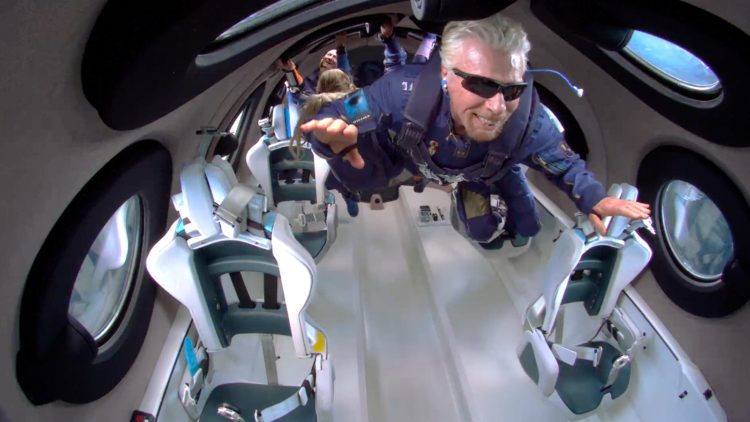 Richard Branson, the British billionaire, flew his Virgin Galactic rocket plane more than 50 miles over the New Mexico desert and safely returned in the vehicle’s first fully crewed test flight to space, a symbolic milestone for an enterprise he has been working on since 2004.

Branson was joined by the vehicle’s two pilots, Dave Mackay and Michael Masucci, as well as three Galactic staffers, Beth Moses, Colin Bennett, and Sirisha Bandla, on the mission.

On board the rocket ship VSS Unity, Branson was one of six crew members.

Branson declared shortly after the flight, “We’re here to make space more accessible to all.” “Welcome to the start of a new era in space travel.”

I was once a child with a dream looking up to the stars. Now I'm an adult in a spaceship looking down to our beautiful Earth. To the next generation of dreamers: if we can do this, just imagine what you can do https://t.co/Wyzj0nOBgX #Unity22 @virgingalactic pic.twitter.com/03EJmKiH8V

The small white spacecraft separated from the larger mothership at a height of roughly 45,000 feet before the pilots launched the ship’s solitary rocket engine, sending it shooting into the blackness of space some 86 kilometers above the Earth, according to Virgin Galactic video.

Elon Musk, who also observed the flight in person, had reserved a ticket on a future journey, according to Branson.