by Tech Gist Africa
in Innovator of the Week, Tech Leaders, World News
0 0
0 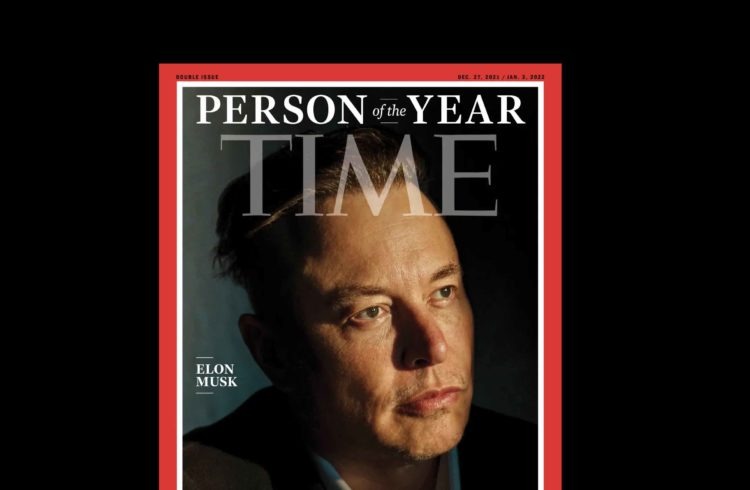 Elon Musk, the founder and CEO of Tesla, has been named Time’s Person of the Year for 2021.

This year, Tesla CEO Elon Musk became the first person in history to be worth more than $300 billion.

According to Time magazine’s editor in chief and CEO Edward Felsenthal, “Person of the Year is a marker of influence, and few individuals have had more influence than Musk on life on Earth, and maybe life outside Earth too.” When Musk became the world’s richest person in 2021, he was also perhaps the richest representation of a major transformation in our civilization. ”

When asked why he chose the richest person on the planet, Felsenthal answered that he was a symbol of 2021 and the year’s most influential person.

According to him, a growing economic inequality crisis has been made worse by an outbreak of the pandemic, which has changed the way wealthy entrepreneurs and their priorities influence the lives of many others. However, he said that Musk was the only one of the group to stand out.

“Elon Musk is TIME’s 2021 Person of the Year because he has found solutions to an existential crisis, embodies the possibilities and hazards of the era of digital titans, and has driven society’s most daring and disruptive transformations,” Felsenthal said.

Musk has gained over 66 million Twitter followers as a result of his frequent tweets on cryptocurrencies and meme stocks, some of which have seen significant price changes.

Elon Musk’s selection as Time magazine’s person of the year for 2021 has been criticized due to his tax views, resistance to unions, and downplaying the dangers of Covid.

For the first time, Tesla earns a profit of over $1 billion in a quarter

Reposify, an Israeli startup, has raised $8.5 million in a seed round to combat security threats posed by unknown internet-facing assets