Oracle and Walmart will take part in global pre-IPO financing round to acquire up to 20% cumulative stake in TikTok. The acquisition plan follows ByteDance declaring Oracle as its technology partner. Since Microsoft is now out of the picture, ByteDance is also making Walmart its commercial partner. 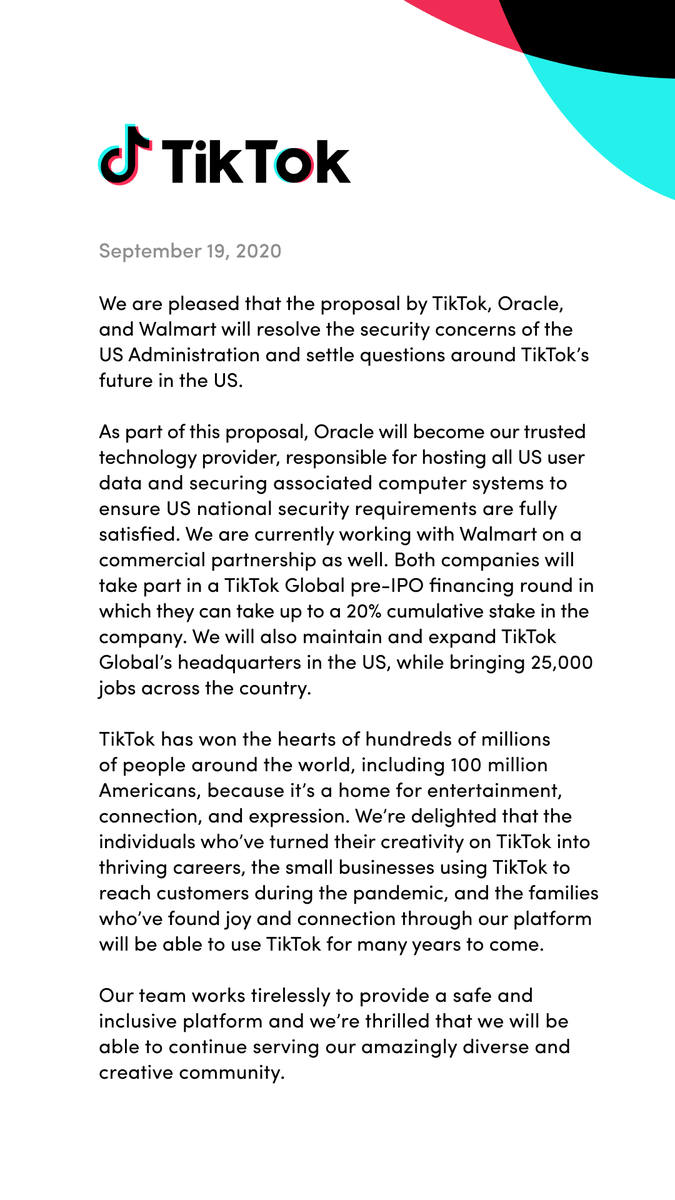 As part of the deal, Oracle will get 12.5% and the remaining 7.5% of the cumulative stake will go to Walmart. Also, Oracle will serve as a “secure cloud technology provider while Walmart provides e-commerce, fulfilment, payments, and other omnichannel services.

The partnership between Oracle, Walmart, and TikTok will birth a new company called TikTok Global. According to a joint statement from both Oracle and TikTok, TikTok Global plans to go public on the US Exchange in less than 12 months.

Although the deal is yet to be approved by the US regulators, ByteDance released a press statement on Saturday, shortly after President Donald Trump told the press that he had given them his “blessings”. The President also revealed that TikTok Global will likely be incorporated in Texas.

ByteDance had reportedly announced that it was not going to sell its $50 billion worth of operations in the US, but the president’s statement shows that all parties have come to an agreement. Although the deal did not meet the President’s executive orders which mandated ByteDance to either sell the US operations or cease commercial operations.

Hey Techies, We have freshly juiced gists on today’s edition of the Big 5 Daily. Karl Olutokun Toriola will take...