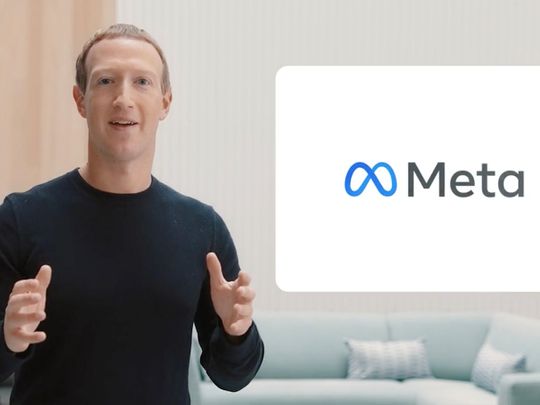 Mark Zuckerberg, Facebook’s founder, has announced that the firm will change its name to Meta, thus demoting the company’s eponymous service to a subsidiary, alongside Instagram and WhatsApp, rather than the overall brand.

After a whistleblower disclosed hundreds of internal documents, Facebook is changing its name as it redirects its focus to the “metaverse” and faces widespread criticism of the real-world problems caused by its numerous platforms.

“As we enter this new chapter, I’ve been thinking a lot about our identity. “Facebook is one of the most widely utilized products in human history,” Zuckerberg stated. “It is a well-known social media brand, but it no longer encompasses everything we do.”

“Today, we’re perceived as a social networking company,” he continued, “but we’re a firm that produces technology to link people in our DNA.” And, just like social networking was when we first started, the metaverse is the next frontier.”

Outside of its California offices, the company also replaced its corporate sign, which featured a picture of a “thumbs up,” with one advertising its new logo: a blue infinity symbol.

“What we’re building is what we live for,” Zuckerberg continued. “And even when we make mistakes, we keep learning, creating, and progressing.”

In addition, Zuckerberg said that Messenger calling will be available in VR, as well as plans to launch a virtual marketplace where developers can sell virtual products and a redesigned home page in Oculus Quest to make virtual world conversation and games more social.

In a press release, the business formerly known as Facebook also stated that it aims to begin trading under the ticker “MVRS” on December 1.

Stitch, a South African API fintech, has expanded into Nigeria and raised $6 million in a seed round