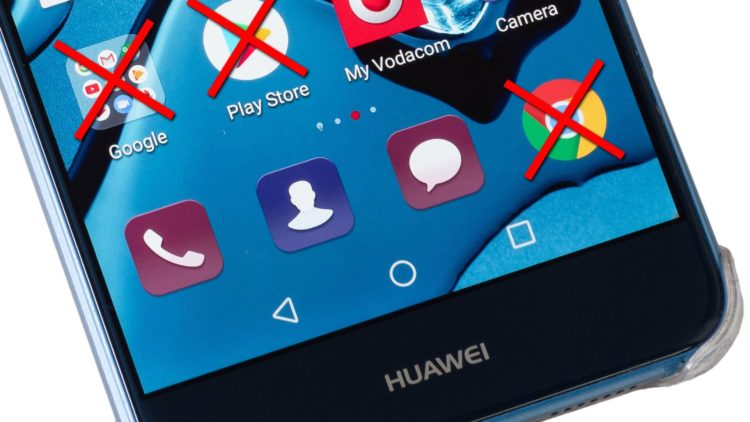 There goes a popular African proverb– “when two elephants fight, the grasses suffer”. This could be the case of Africa in the face of the trade war between China and the US government. Huawei users from all over the world are the most worried, as a result of the Android and Google services ban on all devices.

The President of the US, Donald Trump, decided on Thursday to add Huawei to the trade ‘BlackBook’ – to protect national security. However, Huawei has been developing a ‘Plan B Operating System’ to prepare for a day like this.

The trade war puts Africa in a difficult position. This is because, Africa has the largest population of consumers using Chinese products like;  Xiaomi, Lenovo, Oppo, One Plus, Transsion Holdings, and Huawei. Their phones are generally more affordable.

Huawei is not only a major seller of smartphones, but they also run vast operations in Africa. They built an ICT Academy in Uganda, took over the Data Center and Smart City Projects in Kenya, and built data centers in South Africa. Huawei built at least 50% of the 4G internet network in Africa.

A more troubling issue for Africa is that President Trump is leading a public campaign, urging American allies to also cut ties with Huawei. He said that the company’s technology is a tool by the Chinese government to spy and collect sensitive data. According to Google’s former CEO, Eric Schmidt, the campaign could lead to a “Chinese-led internet” and an “American-led internet.”

Harriet Kariuki, a Sino-African relations specialist recently spoke to BBC. She said that Africa should not take sides in this battle. She advised the continent to consider developing her own relevant technologies and not remain a passive consumer. “I want to see African countries come together and push against this creeping digital colonization”, she said.

The issue is not who Africa supports in this trade war. What matters is what the continent is doing in the face of its challenges. What efforts are being made to curb the excessive reliance on foreign technology? If Africa does not rise up to her responsibility, she might as well suffer as a result of the Trade war.

Nigerians in Diaspora can now Register for NIN Abroad, Why Africa will suffer if Trade War between the US and China lingers and more