To unlock the Africa’s untapped creative economies, a digital scale-up is important now more than ever 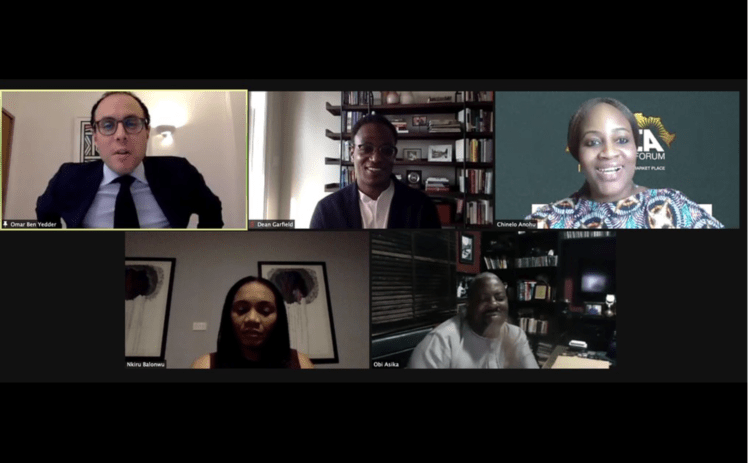 To unlock the Africa’s untapped creative economies, a digital scale-up is important now more than ever.

However, the discussion was conducted against the backdrop of the recent coming into effect of the African Continental Free Trade Agreement (AfCFTA) (AfCFTA).

2021 is also the African Union’s year of arts, music and heritage.

Mostly, talks centered on the role of infrastructure and communication in developing Africa’s creative industries, including film, textiles and design.

In addition, Oramah said that Afreximbank set up a $500 million fund in January 2020 to boost Africa’s creative industries.

Basically, the continent faces a challenge to successfully monetize its creative output. Once it does so, he said, innovation will follow.

Garfield agreed with Anohu that the AfCFTA will help resolve a variety of the barriers to improving Africa’s creative output.

“Data is one of the African Development Bank’s strong points.

They have a great analysis division.

And what we’re trying to do is mainstream the data culled from 55 countries and distill it in such a way that the investors can conveniently access the knowledge they need,” she said.

Netflix’s Garfield struck a positive note about his company’s future direction in Africa.

In addition, the Africa Finance Forum, championed by the African Development Bank, aims to facilitate the closing of the continent’s investment disparities.

Also, the Forum currently has a rising portfolio of 118 transactions estimated at $114 billion.

A digital scale-up is important now more than ever for Africa to fully maximize’s its content potential and to be become a digitally driven economy.