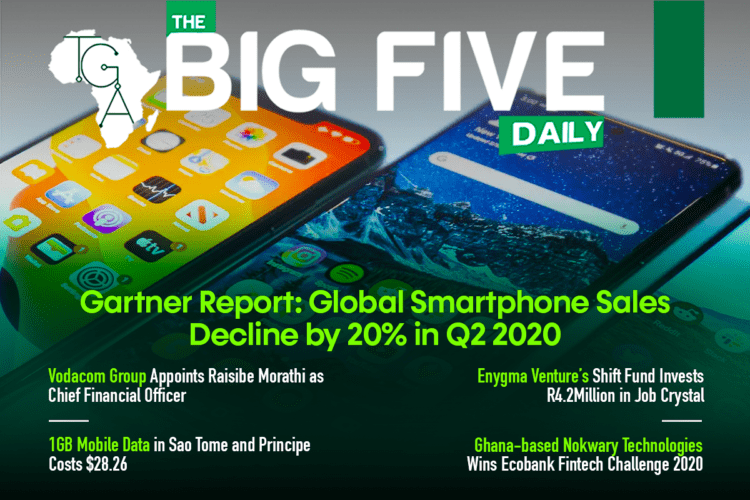 Vodacom Group has appointed Raisibe Morathi as its Chief Financial Officer. She will resume work on the 1st of November 2020 after resigning from the same role at Nedbank.

Job Crystal, a female-led online recruitment platform in South Africa has received R4.2Million investment from Enygma Venture’s Shift Fund. It will use it to improve its platform and expand its footprint.

According to a new survey by Cable, Sao Tome and Principe is one of the countries where 1GB mobile data is costliest.

Ghana-based Nokwary Technologies has won the Ecobank Fintech Challenge 2020. It received the $10,000 grand prize to grow its AI-powered fintech solution.

Hope you had a good read. See you tomorrow.