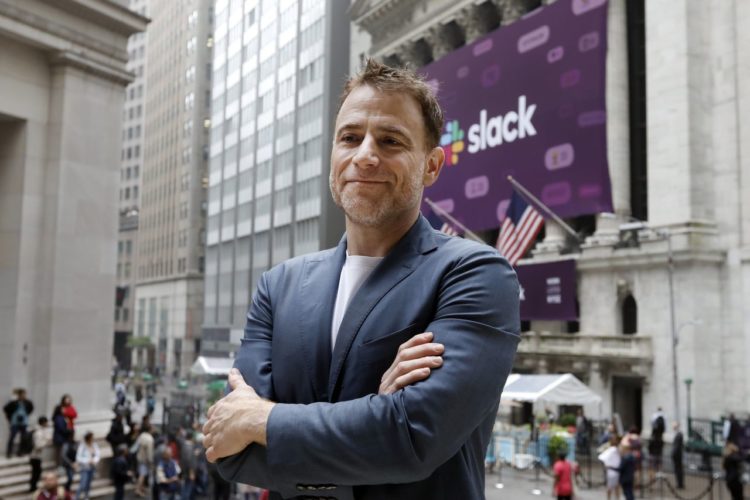 The American workplace communication platform, ‘Slack’ listed on the New York Stock Exchange on the 20th of June 2019.  The company which debuted at $26 per share price, hit up to 49% by the end of the day and closed at $38.50 per share.

Slack’s stock surged 60% initially at the start of trade at $42 per share. Presently Slack’s market cap is above $20 billion. The workplace communication platform followed Spotify’s cue in offering a direct listing as against an IPO. This direct listing process availed Slack the opportunity for them to avoid exorbitant fees associated with IPOs. it also allowed existing shareholders to sell their shares directly into the stock market.

Slacks co-founder and CEO Stewart Butterfield held on to 8.6% stake worth $1.6 billion during the opening price while Accel Slack’s largest shareholder held on to stakes worth $4.6 billion. Social Capita another shareholder has $2 billion, Andreessen Horowitz $2.6 billion, SoftBank $1.4 billion and co-founder Cal Henderson has $646 million worth.

Prior to the listing, Slack revealed their revenue for the fiscal first quarter ending at $134.8 million and according to the report, they recorded $31.8 million losses. The company recorded a 67% increase and $138.9 million losses on $400.6 million from the January 31st, 2019  fiscal year ending.