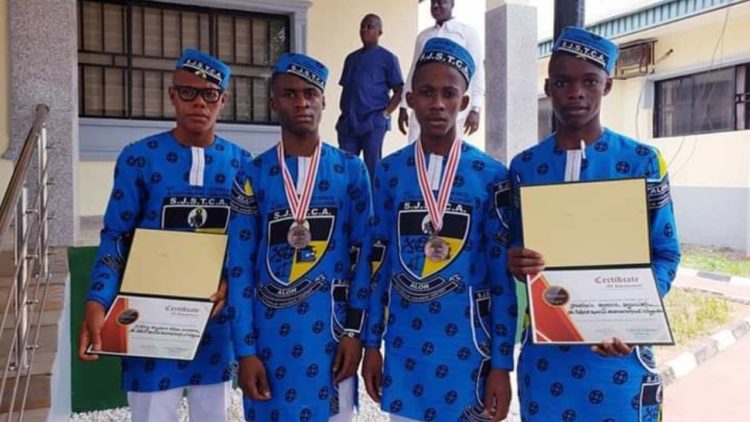 Four Nigerian boys from St John’s Science and Technical College, Alor in Anambra State went home with bronze medals at the International Festival of Engineering, Science and Technology which took place in Tunisia. They built a device called the Adaptable Alternative Power Supply for Sub-Saharan Africa. The device, an electric inverter with a solar panel that absorbs energy from the sun, stores the energy in inverter and subsequently distributes it to households and offices as the case may be.

The 9-day festival took place in Monastir, Tunisia between 21- 29th March 2019 and was organized for students between 14-24 years from 40 countries. It featured a scientific competition in different areas aimed at building the innovative skills of young scientists and also, encouraging them to apply their imagination and creativity in solving problems in their environment.

The Deputy Governor of Anambra State, Dr Nkem  stated that, “the progress we are making shows that if you focus on a sector and show some seriousness about what you are doing, put the right people in charge, the results will come in.”

“It takes a lot for kids to leave the shores of this country and beat people that come from the developed countries; to stand up and defend what they have produced and to show what they can do if given the opportunity. Listening to these boys talk with such confidence about direct current and alternating current, it shows that they own this invention. They understand what they are doing. I think they need to be encouraged more to continue with what they are doing,” he said.