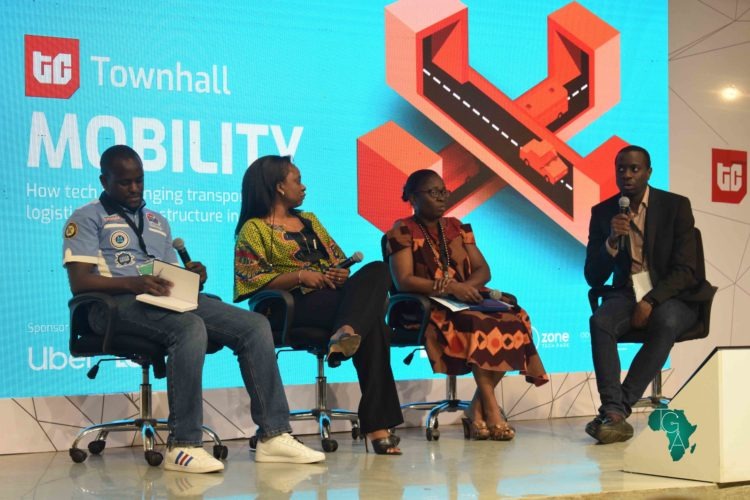 TC Townhall: Mobility was the fourth series of sector-focused events organized by Big Cabal Media. It held after a heavy downpour on Friday 27th September 2019. On arrival, the doors of ZoneTech Park in Gbagada, Lagos State were wide open to accommodate startups, tech enthusiasts, entrepreneurs, investors, policymakers and all interested in Africa’s mobility sector.

It was shortly after the welcome address and keynote presentation by Tomiwa Aladekomo, CEO of Big Cabal Media that I arrived. At that time, the panel session titled ‘Africa’s Haulage Opportunity’ just began. The Moderator was Bankole Oluwafemi and panellists were Uche Ogboi – COO of Lori Systems, Toyin Oshinowo – VP Product of FieldInsight, and Obi Ozor – CEO of Kobo360. 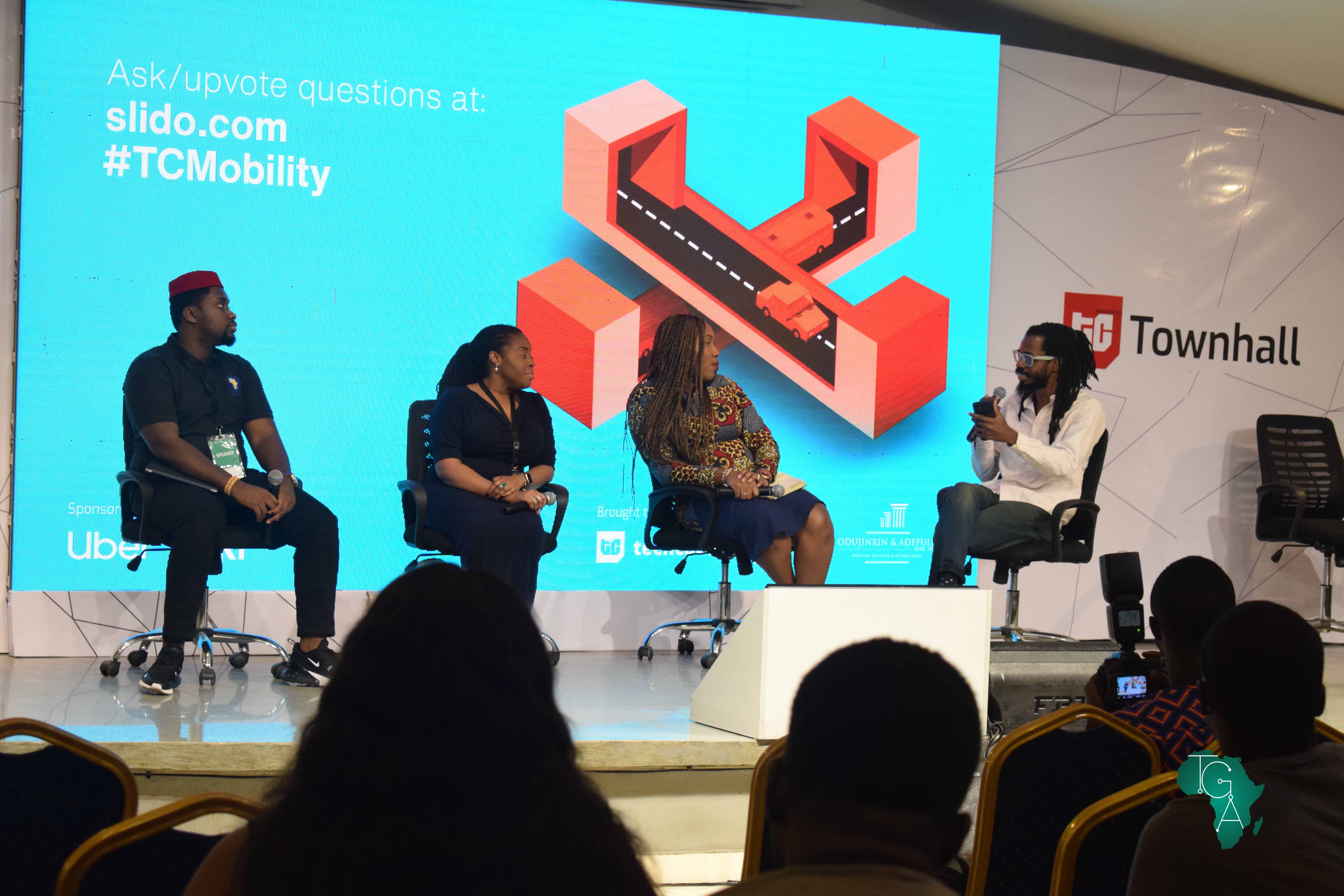 Well, one couldn’t mistake Obi Ozor – for he wore a red cap associated with chiefs from the Igbo-speaking parts of Nigeria. Their views on collaboration, taxation, infrastructure, and distribution in the haulage industry, portrayed the passion with which each handled individual logistics business. My takeaway? “There is a need for a collaborative value chain interaction in the mobility sector but before you collaborate, check if it is worthwhile”. 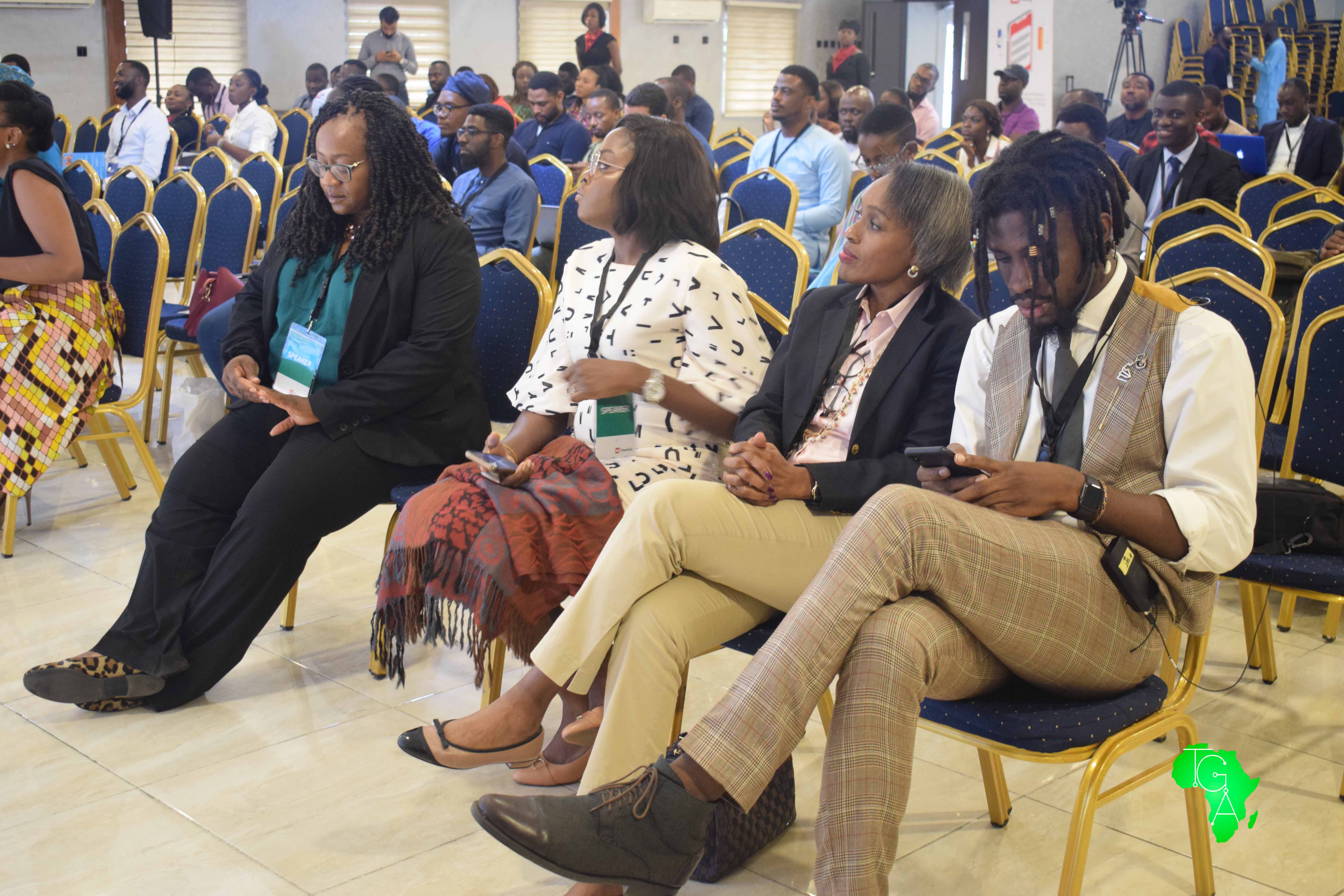 Then there was a short video of the renowned linguists, writer, and activist for languages and technology, Kola Tubosun. He sat in front of his monitor with that geeky look associated with one who wore glasses and dressed in a turtle-neck long-sleeved black shirt. In the tech ecosystem, Kola is recognized for introducing Nigerian English to Google. This time, he spoke about technology empowerment through the use of language as a universal tool. He cited familiar examples of how Google and Twitter had more people using their platforms as a result of the integration of local languages for communication.

We had tea and an opportunity to network within a short break before the next panel session. Titled ‘The Last Mile: Challenges $ Opportunities for Two-Wheelers’, the session was dedicated to on-demand motorcycle hailing startups in Africa. It was made up of Ridwan Olalere – Head of Operations for ORide, Chinedu Azodo – Cofounder Max.ng, Emeka Ajene –Cofounder Gozem and anchored by Tomiwa Aladekomo, the CEO of Big Cabal Media. 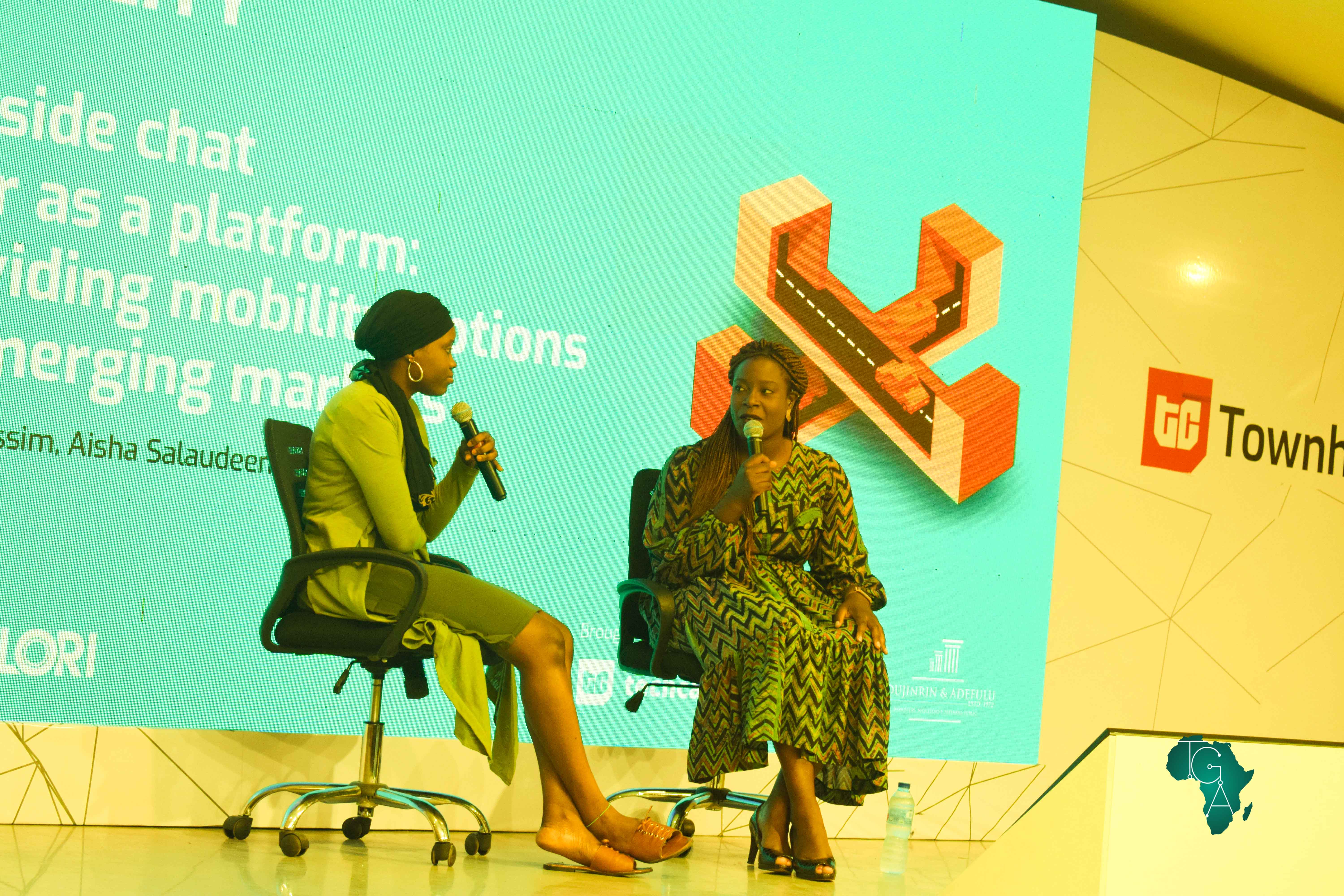 After a brief introduction of their respective two-wheelers, the panellists moved on to address questions on ‘Profitability VS Optimization’, competition, regulations and operations. Max.ng’s Chinedu Azodo revealed plans to introduce electric motorbikes and deploy charging stations by 2020. He also mentioned the introduction to wallets on their mobile app to integrate financial services. Emeka Ajene said that Gozem, an on-demand motorcycle ride-hailing company in francophone Africa also offer credit facility on its app. ORide was equally represented by Ridwan. All three agreed that the success of two-wheelers in Africa depends on hard work, a good team and a good product. 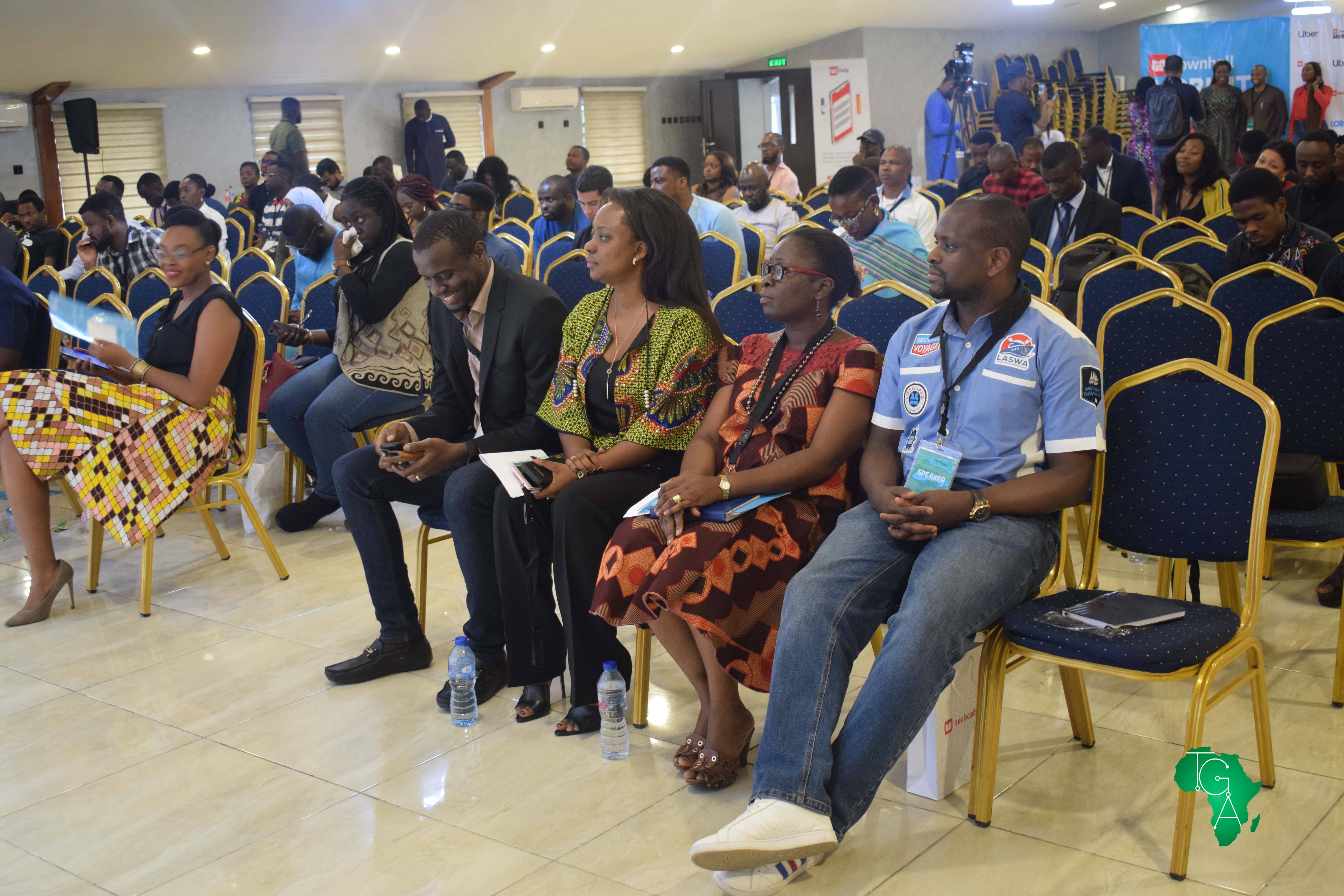 Afterwards, we had the option to either attend Osarumen Osamuyi’s workshop on Marchetti’s Motorcycle or a product showcase of Lara.ng and AWABike. Making a choice was not difficult for me as I gallantly strolled into the hall where Osarumen was to speak. For the first time, I sat listening to the writer of the Subtext. He gave an overview of motorcycle taxi-hailing in Africa and then invited the audience to air their views. The conversation covered opinions on regulations, and sustainability in the future. In the end, everyone saw the need for these transport companies to leverage data, extend services into new verticals, maximize operations and offer safety and value-added services.

Lunch was served and subsequent highlights of TCMobility Townhall include Aisha Salaudeen’s discussion with Lola Kassim, the General Manager of Uber West Africa; Product showcase by FieldInsight, Verify Me, and Lifebank; and two final panel sessions.

First was the investor session titled ‘Investing in Africa’s Mobility Sector’ by Omobola Johnson – Senior Partner at TLcom, Taiwo Ketiku – VP Investments for EchoVC, Nnena Nkongho the Principal at DiGAME and Osarumen Osamuyi as the Moderator. The trio spoke about their business model and the criteria to qualify for investment in respective organizations. This was followed by a final session of regulators. 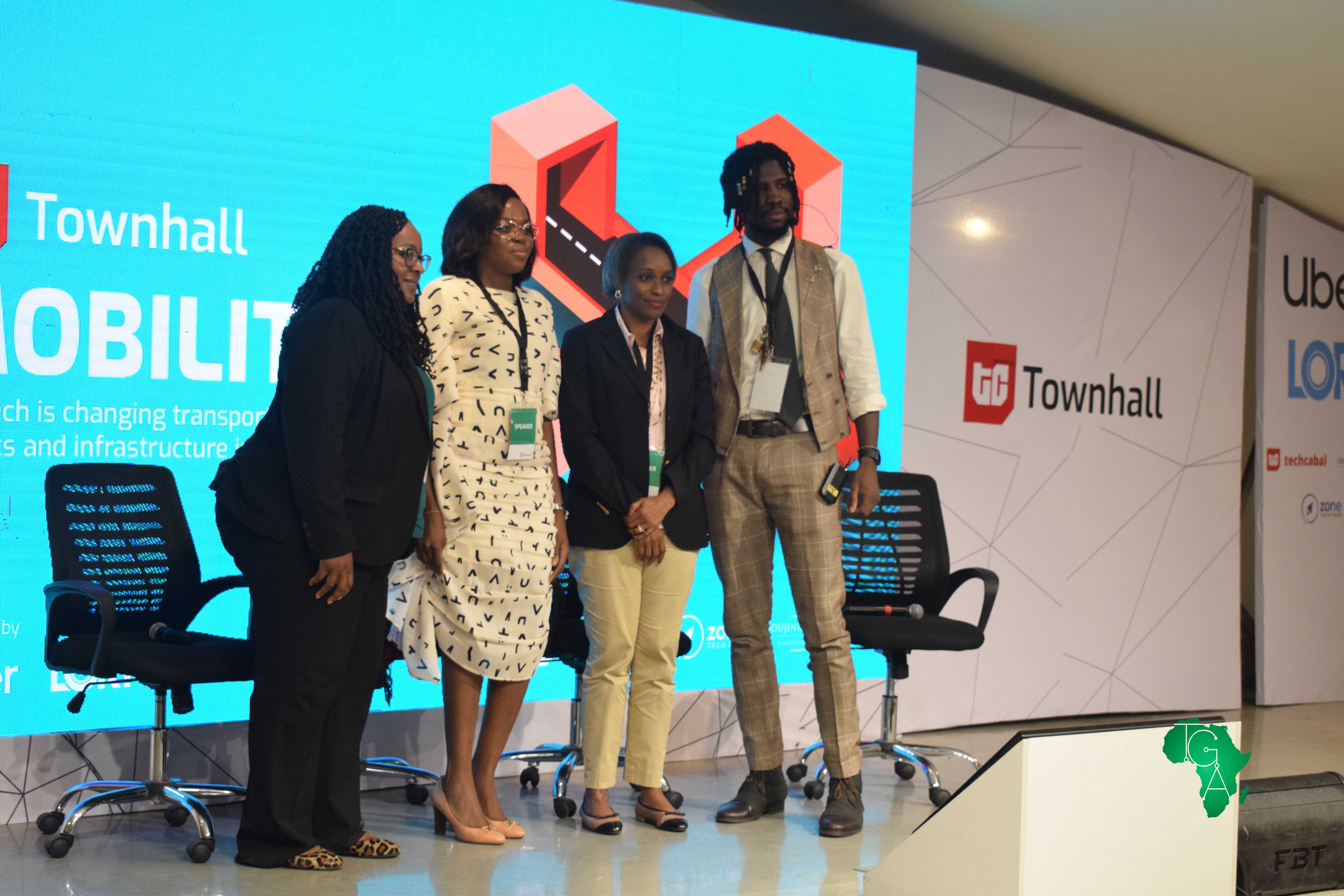 During the discussion, Damilola Emmanuel said that fourteen routes for waterways transportation in Lagos State would be made available to the public. Olukemi also disclosed the government’s plan to implement a multi-modal transport system and an operational framework for mobility startups in Lagos State. Titi admonished the need for mobility startups to think beyond licensing to understanding the regulatory environment.

In all, the Mobility Townhall was well-structured for both members of the public and stakeholders to liaise and learn. It was an insight into the challenges, opportunities, potentials and future of the African mobility sector. I am glad I attended, although I didn’t wait for the cocktail. The next Townhall on Edtech & The Future of Work is something everyone should attend in November 2019.