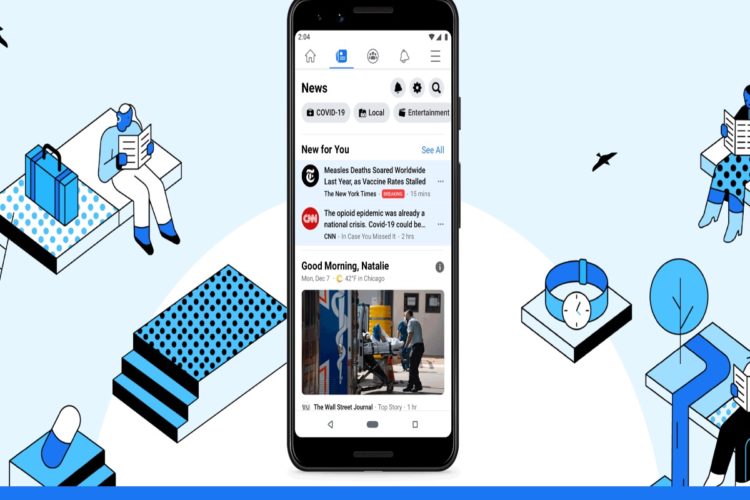 Facebook is taking a huge step forward in the role it plays in presenting media to the United Kingdom as the United Kingdom prepares to sharpen its emphasis on how it controls large technology firms. The public, and how it works with the media industry in the region.

It is currently launching Facebook News in the U.K., Facebook’s first market outside the U.S. for its dedicated, curated news site, accessible through a tab in the Android or iOS app menu, such as the U.S. version.

Including Channel 4 News, Daily Mail Group, DC Thomson, Financial Times, Sky News and Telegraph Media Group, the site will be launched with content from hundreds of local and national media organizations. In an earlier list of partners last year, the Economist, The Guardian, The Independent, STV and hundreds of local news sites from Archant, Iliffe, JPI Media, Midlands News Association, and Scope, as well as’ lifestyle’ titles GQ, Cosmopolitan, Glamour, Vogue and others were revealed.

Again, as with the U.S. edition, a list of selected top stories of the day will be given to users; a list of tailored stories based on news outlets that you might already follow or interest you (these may be from websites that you don’t already follow); and dedicated sports, culture, health and science and technology news pages. Users will indicate when stories are liked or when they want to hide them to better train the algorithms.

Facebook has stated to us that it will partner with a service named Upday to curate news stories.

By 2025, digital wallet spending will grow to more than $10 trillion

In 2021, IT spending in the Middle East & Africa will increase, with spending expected to top $77 Billion