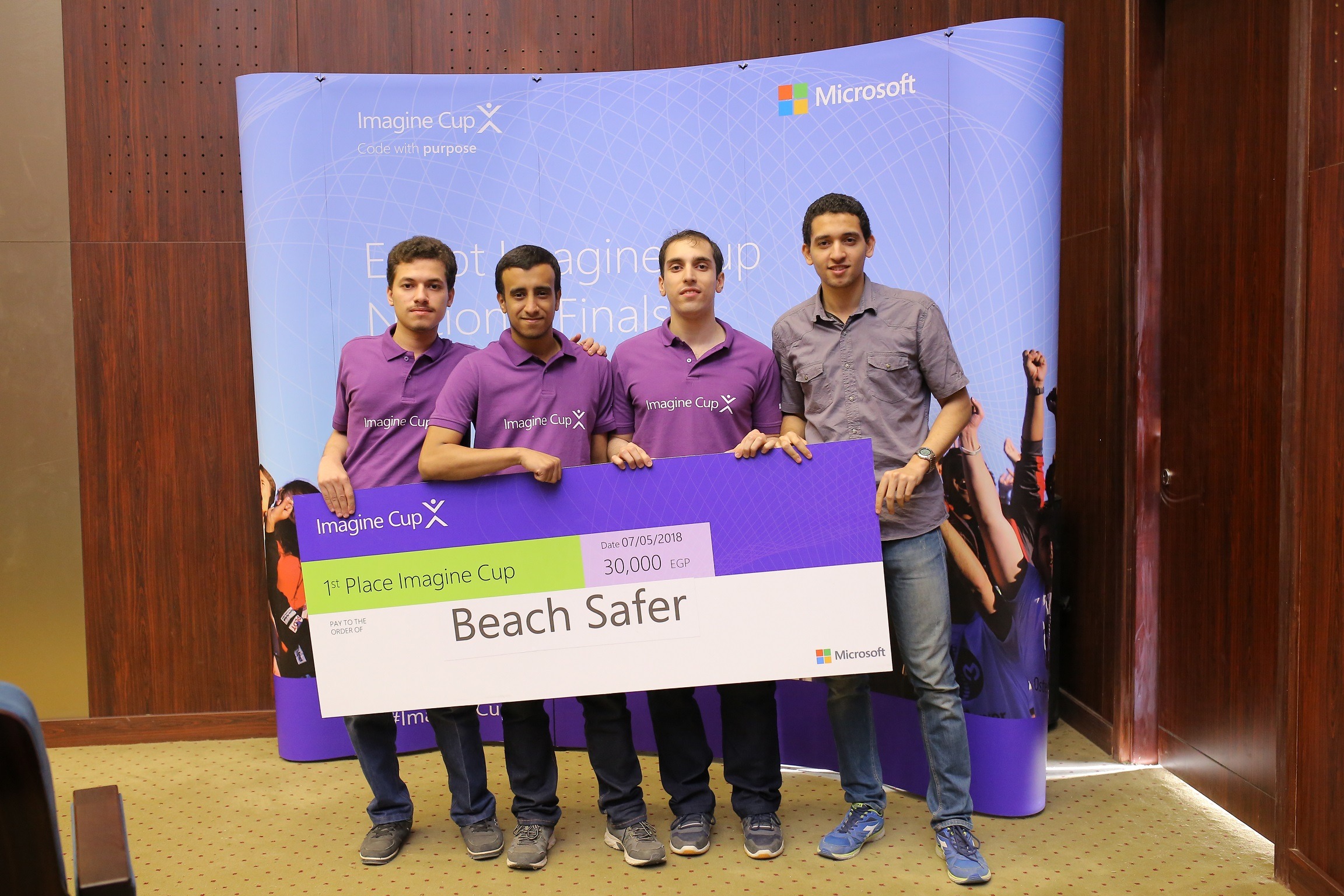 Integrated IoT solution that provides real-time monitoring and supervision of swimmers, allowing for quick, accurate drowning detection and immediate rescue called “Beach Safer” has made it to the final stage of the Microsoft Imagine Cup.  The 16th annual Imagine Cup competition calls on student teams to come up with an idea for a technology application that solves a real-world problem, creates a business plan and brings the concept to life. It is open to 29 countries across the world.

Microsoft has announced the winners of the Middle Eastern and African (MEA) regional final. They will travel to the global final taking place in Seattle, United States (US) on July 23-25. There, they will compete for a cash prize of up to US$100,000.

After 7,000 teams from across the region applied, six teams from Egypt, Kenya, Nigeria, Pakistan, Saudi Arabia and Turkey competed in the regional final. Egyptian team Beach Safer was named as one of the winners, alongside the Pakistani and Turkish teams.

“Competing and winning in the national and regional finals were our first steps to showcase and boost our solution. We received very useful feedback and motivation from the local and regional judges, which helped us to develop and enhance our solution,” the team said.

“We expect to receive more useful feedback from the World Final judges, gain more experience from the process and have fun.”

Mik Chernomordikov, engineering and innovation director for Microsoft Middle East and Africa said it was always great to see how students and new technologies come together to improve the world. “Being one of the judges at the regional final, I was happy to see great ideas, new technologies and real problems solved by students across the region. The Imagine Cup is the biggest global student competition that is technology oriented, and I wish winning teams good luck at the upcoming World Final and on making their current projects successful products in the future,” he said.

The Big 5 Daily: Uganda Gets $20m Loan From AfDB for SMEs, NMC Review, And Google Blockchain