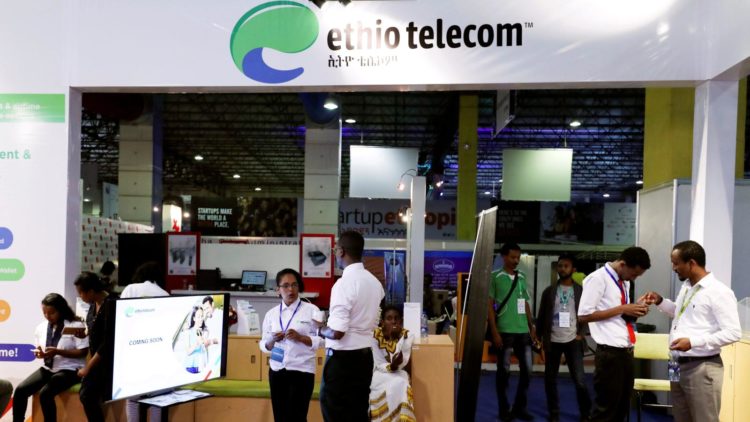 ECA planned to issue two 15 years of operational licenses to prospective mobile network operators to operate in the country. The licenses are expected to generate over $1 billion to the government. In the past year, 12 international and regional telcos have submitted proposals to participate in the auction.

However, it remains unclear whether the Ethiopian government will allow foreign telecom operators in the country. The decision to suspend the entry of foreign telecom infrastructure companies into the country will slow down plans to liberalize the market.

In Ethiopia, Ethio Telecom is the sole provider of telecommunication services, while the Ethiopian Communication Authority is in charge of issuing licenses. Last month, Frehiwot Tamiru, Ethio Telecom’s CEO announced that the company generated over $1.3 billion in revenue in the fiscal year.

Recently, Ethio Telecom asked that their communication facilities be bought over or rented out by incoming operators. ECA agreed and proceeded to ban foreign telecoms from bringing in their facilities in favour of Ethio Telecom. The decision might not affect operators that have already expressed interest in obtaining licenses. Rather, ECA will no longer accept bids from foreign mobile network operators.

Almost two years have passed since ECA announced plans to offer 40% of its stakes to foreign operators. Since the announcement, there is still no clear timetable for the implementation. Persistent shut down of internet services in the country support concerns over the suspension of plans.