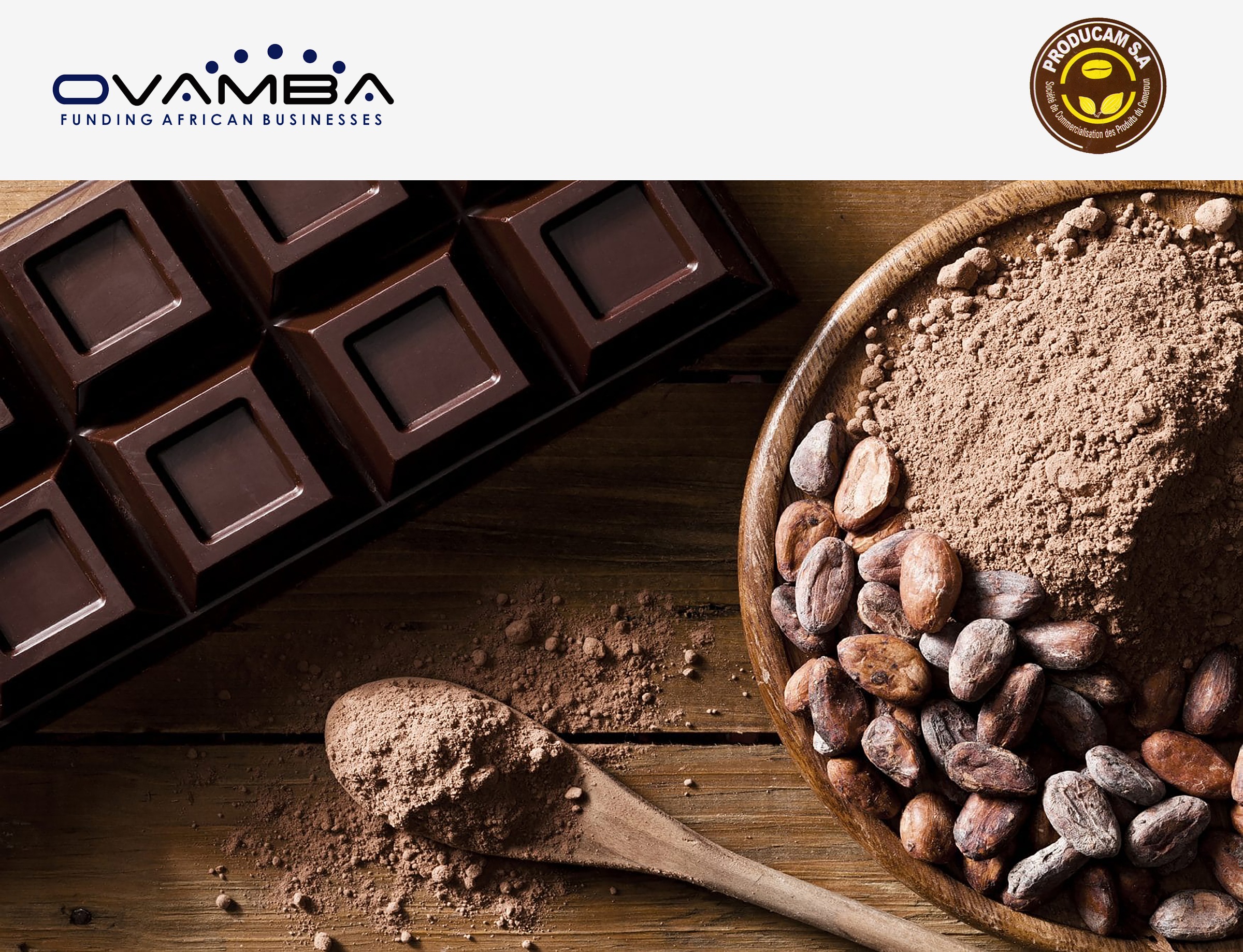 Ovamba has funded its first cocoa purchase and exportation transaction with industry leader, Producam S. A. which is a division of Neossi Industries. Judging by the current demand, this is only the beginning of a significant pipeline of opportunities for Ovamba to fund.

Founded by Emmanuel Neossi in 2012, Producam S.A is a Commodity Marketing Company with farms and operations in Kekem, Cameroon’s Western Region. Producam S.A grows, buys, aggregates and exports cocoa and coffee all year round. Neossi approached Ovamba before the start of the 2017 cocoa season with a simple request, “Support me with enough committed capital to buy cocoa from my current and new cocoa suppliers to meet the increasing demands of my international buyers”. Ovamba reached out to their pool of international investors and secured the capital required faster than any bank that Neossi had ever used in the past.

The market for cocoa is growing steadily. Key players maintain their market dominance by controlling as much tonnage as possible. According to the National Cocoa and Coffee Board (ONCC) for the month of June 2014, Cameroonian cocoa exports reached 4,526 tons which is a 50% increase relative to the 2,305 tons recorded in June 2013. The same source notes that these exports were made by 11 exporters. Three of those exporters accounted for 60% of the exports. Producam S.A. exported 1003 tons of cocoa in June 2014 and continues to feature amongst the top ten cocoa key players in the region. (Source: www.businessincameroon.com)

Ovamba’s Co-Founder & CEO, Marvin Cole said, “Ovamba’s vision for cash crops commodity marketing is to make it possible for farmers to get good prices for their produce and to determine the size of their profit margin. Ovamba plans to fund the transformational growth and manufacturing potential of as many commodity marketing companies as we possibly can”.

Ovamba brought together African Merchant Capital, Courtyard Capital and a Japanese marketplace lending platform operator to fund 10,000 tons of cocoa aggregation and export for Producam. Strong commitments are in place to fund coffee and other cocoa suppliers in the Central and West Africa regions. “We are really excited to have expanded our funding expertise into commodities exports. Many sectors are affected by the downturn in the oil industry. Helping Africa’s best performing sectors is good for the economy and is a smart portfolio differentiator for our Investors”, said Viola Llewellyn, Co-Founder and President of Ovamba.