Boomplay, Africa’s biggest music streaming platform from China has raised $20 million to expand its music streaming business in more sub-Saharan countries and to build up its database of music tracks.

The funding is from Chinese investors, Maison Capital and Seas Capital with other undisclosed investors. News of the funding round comes two weeks after Boomplay signed a multi-year direct licensing agreement with Warner Music Group. The deal made more than 1 million WMG songs available to Boomplay users in Cameroon, Ivory Coast, Ghana, Kenya, Nigeria, Rwanda, Senegal, Tanzania, Uganda, and Zambia.

Boomplay is founded by Transsnet, a joint venture between Chinese phone maker Transsion and Chinese consumer apps giant NetEase. The company currently has about 5 million music tracks and videos on its platform, with 42 million monthly active users – about 85% of which are on the African continent. The streaming platform, which operates the Boom Player app is adding an average of 2 million new subscribers per month and now boasts of over 44 million app downloads and 5.6 million daily users. It hosts the most extensive online African music catalog in the world, according to the company.

Joe He, Boomplay’s CEO said that the company plans to use the funds to focus on content acquisition, recruitment, and product optimization as Boomplay moves into production, recording artists and the live concert space. “Our vision is to become not only a music streaming service, but we aim to be the number one player in the whole music ecosystem for African music,” says He.

The company is also tapping an international growth opportunity, specifically by marketing itself to Africans that have migrated to other parts of the world and continue to listen to music from the continent. “Music has no borders, and we’re committed to providing a rich and high-quality music experience for all users — not just in Africa, but around the world. This investment will help us do just that, by fostering cultural interchange and helping people communicate through the universal language of music” added He.

Boomplay’s rise in Africa comes at a time when streaming services that dominate in other parts of the world, such as Spotify and Apple Music, have yet to really break into the African continent. Spotify launched its first service in South Africa in March last year and has yet to expand to more countries; Apple Music is accessible in few African countries as well.

“Five years ago, no one was talking about this region,” says Choi. “Our team saw the potential at this time and now we have a good advantage. But everyone wants a piece of the pie.”

“Africa is full of opportunities, from its young demographics to its vibrant culture, and Boomplay sits in the middle of all of that greatness,” said Tony Li, Managing Director of Maison Capital, in a statement. “Boomplay has incorporated NetEase’s experience in the music streaming business with Transsion’s expertise in local operations, and in doing so, it became the dominant player in the region in a very short period of time. As more of Africa comes online, we are confident that Boomplay will continue to be a major force in business and culture.” 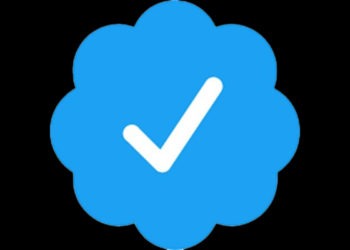