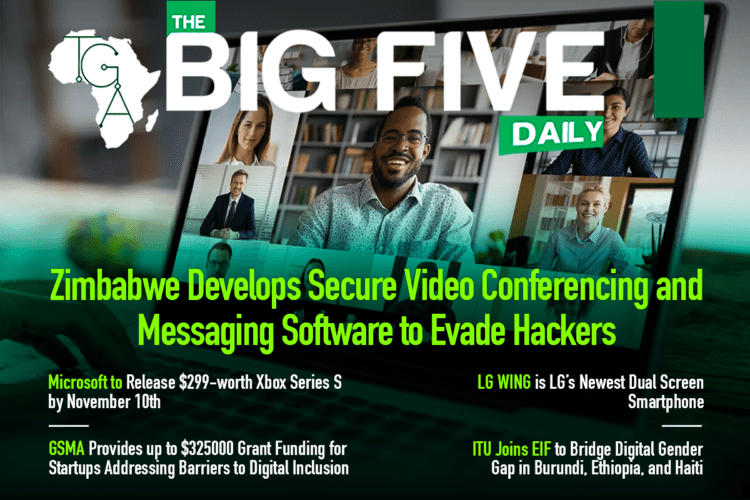 Hope you are up and doing great things today. It’s time for the mid-week edition of the Big 5 Daily.

The Zimbabwean government has developed its secure application called the Public Finance Management System (PFMS). This is due to the glitches noticed during an event on the National Climate Outlook Forum.

Where are my Xbox lovers? Microsoft will release its $299-worth Xbox Series S by November 10th. In a tweet, Microsoft described the Series S as the “next-gen performance in the smallest Xbox ever.” Wowoo!

LG’s newest dual-screen smartphone is called LG WING. This smartphone is said to deliver a new and different mobile experience that would be impossible to create with conventional smartphones. Wait until September 14th when it will be unveiled.

GSMA wants to provide up to $325000 grant funding for African and Asian startups addressing barriers to digital inclusion. Applications are open until 16th October and interested startups can apply for the GSMA Innovation Fund for Assistive Tech.

The International Telecommunication Union and the Enhanced Integrated Framework joins the fight against the digital gender divide in Burundi, Ethiopia, and Haiti. The joint initiative seeks to leverage tech as a driver of entrepreneurial support for women.

Thanks for stopping by as usual. Enjoy the rest of your day.

MTN Ghana to Fully Digitize its Operations by 2023