Apple did it yesterday. The premium phone and mobile technology company made history when their Stock Market Valuation hit $1 trillion., the first company to do so ever! 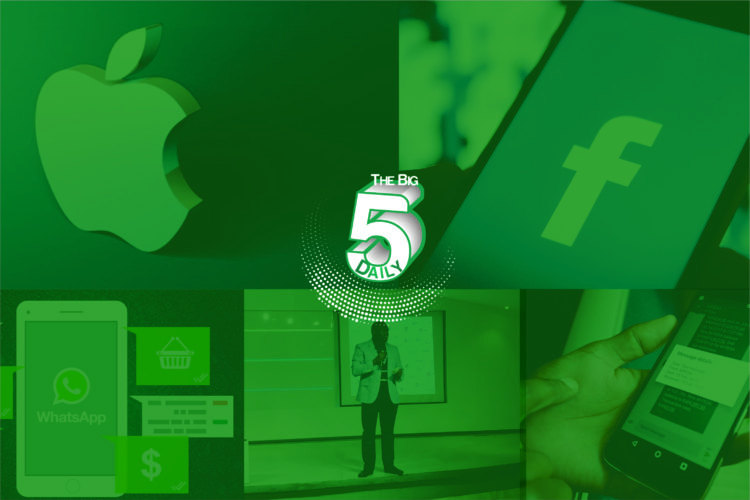 Apple became the first $1 trillion publicly listed U.S. company, crowning a decade-long rise fuelled by its ubiquitous iPhone that transformed it from a niche player in personal computers into a global powerhouse spanning entertainment and communications.

Some good news for Social psychologists. Facebook has announced a new feature that will help manage time spent on their lead platforms – Instagram and Facebook. This new tool will help track and limit average time individuals spend using the platforms.

Still on Facebook’s news. WhatsApp will soon begin showing ads like Facebook in the status screen as part of a service transformation that Facebook is pushing for in order to start making money out of the world’s number one mobile messaging app.

Telcos in Rwanda want Government to Allow Them Roll Out Cross-Network Mobile Money Transfer… The telcos, Airtel Rwanda, MTN, and Tigo Rwanda want to be given the go-ahead to roll out the cross-network mobile money transfer service which is already being implemented in Kenya.

That’s all for this week. Have a beautiful weekend ahead but just before you do; stay tuned for our African Tech News Round up.

Social Media as a Double-Edged Sword; a Blessing and a Menace