The Big 5 Daily: M-PESA goes global as it partners with Western Union, Boomplay Partners with Universal Music Group and others. 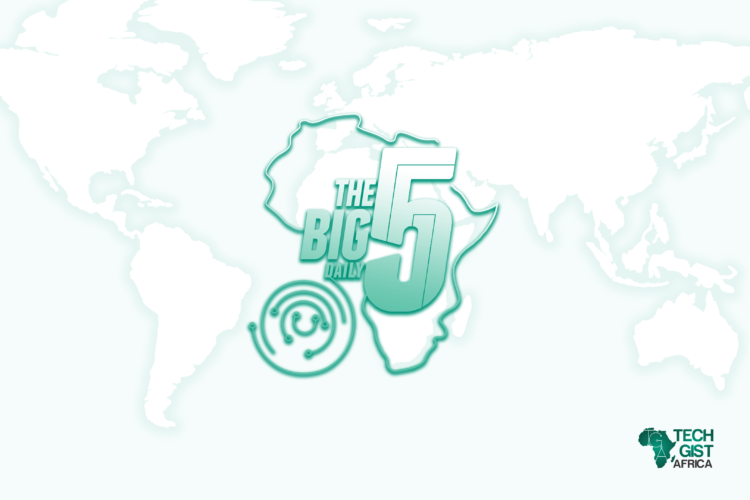 We are back again with the biggest happenings in the tech scene both in Africa and the world at large.

We begin today’s Big 5 Daily with interesting News about a new Partnership between M-PESA and Western Union. It is a big one for FinTech in Africa and it makes it possible for the 17 million M-PESA users to connect with over half a million Western Union agents and transfer money across the world using only their mobile phones. Currently, users can send money to Britain, Germany and the UAE, other countries will be added subsequently.

Speaking of partnerships, we also have news about the deal Boomplay signed with Universal Music Group (UMG). This is a meeting of giants as Boomplay is Africa’s foremost music download and streaming platform with over 50 million users while UMG is the biggest music based entertainment body managing a horde of international artistes that include Eminem, J.Cole, Diana Ross, Nicki Minaj amongst others.  This deal will add a large international roster to Boomplay’s catalogue, opening them up to a diverse market.

Still on Nigeria, TEDxYaba in a tweet this morning announced the first ever Innovation Lounge Challenge. Calling out to all Nigerian Startups to send in their ideas. 10 early stage startups solving important problems in Nigeria will be selected and invited to the ‘Innovation Lounge’—a room filled with stake holders and endless benefits. You can apply here.

Telecommunication giant, MTN is currently soliciting 50 Billion Rwandan Francs, an equivalent of $56.4 million from eight local banks in order to improve its services in the country. In a statement, Bart Hofker, the CEO of MT Rwanda said they’ll be doing this to modernize the network infrastructure and extend reach in the country.

“To carry out this investment program, we intend to go to the local market and get into debt in local currency “, he added. The issue is still pending the approval of MTN’s board of directors.

Rounding up today’s Big 5 Daily is News from South Africa as Ethos, a Private equity investment firm launches a new fund with a target of R1 Billion for investment into South African Artificial Intelligence. This is coming after announcement earlier that Ethos closed a R600 million round and concluded investments in Channel VAS and Vertice MedTech Group.

… and that is all for the day. We see tomorrow.