Egypt’s Minister of Communications and Information Technology, H.E. Dr. Amr Talaat, has revealed plans to bring high-speed internet to more than 60 million people in rural areas as part of an ambitious campaign to create new opportunities for economic development.

Minister of State for Digital Economy and Employment H.E Talaat said the project is part of a nationwide effort to strengthen Egypt’s digital economy and stimulate job creation in Cairo at the Egypt-International Cooperation Forum.

For 60 million Egyptians living in 4,500 communities, the Minister remarked, “We intend to boost internet connectivity by updating broadband infrastructure”. In order to ensure that young people have access to the internet and the knowledge, training, and employment prospects offered by the digital world, we aim to invest about US$360 million in connecting one million houses with fiber-optic connections.

Egypt has already spent over $2 billion to boost the average internet speed in large cities from 6.5 to 42.5 gigabytes per second — a seven-fold increase in just two years. Egypt has already invested in this project. To raise its economic standing, the country will keep improving its metropolitan internet infrastructure.

Talking about “The Demographic Divide: Youth and Innovation for Transforming Africa” during the workshop, Mr. Egypt’s Minister of International Cooperation, H.E. Dr. Rania A. Al-Mashat, stated: “Africa is considered the youngest continent on the planet, with about 60 percent of its inhabitants under the age of 25. Youth empowerment, entrepreneurship, and digital innovation are three of the most pressing issues facing our society today. Africa’s future hinges on putting in place a system to help young people.

Vint Cerf, Google’s Vice President, delivered a prerecorded address at the Egypt-ICF workshop in which he urged Africa to turn “digital technology into digital opportunity” through upskilling youth in order to drive GDP development and enhance living standards.

“If you want balanced economic and population growth, you need to invest in women and make sure they stay in education for as long as possible,” Frederika Meijer, UNFPA Representative in Egypt, stated while looking at strategies to help Africa reach the Sustainable Development Goals (SDGs). When it comes to online availability, there is a significant gender gap.

The two-day hybrid event, sponsored by Egypt’s President Abdel Fattah El-Sisi, aims to rally the global development community and assert its collective commitment to sustainable development as a stimulus for the post-pandemic economic recovery.

Arab Bank has launched a FinTech acceleration program in Egypt 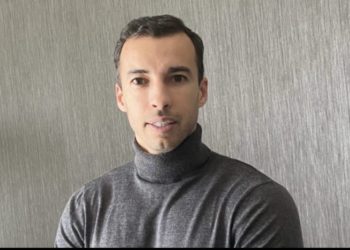 Jobop, a Moroccan startup with an on-demand platform for temporary hiring, has closed a US$1 million seed round of funding...