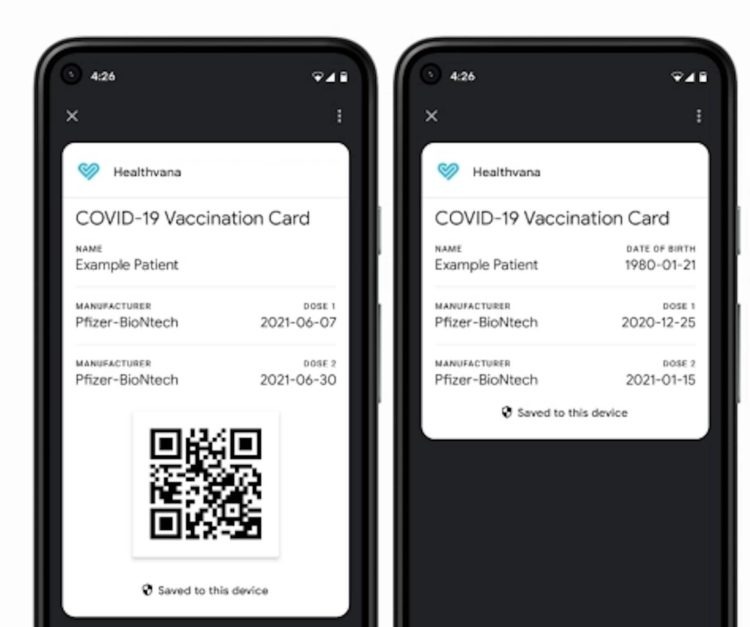 Google will begin allowing users to readily save their vaccine records on Android devices, adding to a push by some firms and jurisdictions to digitize proof of vaccination.

People will be able to save their vaccination or Covid-19 status on their phone and access it at any time, Google announced in a blog post, as long as their health care organization or government has used Google’s system to make their results available to them digitally using the new tools.

The feature will debut in the United States before expanding to other nations, though Google did not specify which ones.

Google stated that it did not store a copy of the data.

California is one of the states that has started its own effort to make digital cards more accessible and commonplace.

Some companies and venues require proof of vaccination, thus technology companies have emphasized the benefits of digital vaccine passports.

Google and Apple Inc. began attempts for disease contact tracing using mobile phones at the outset of the pandemic.

The attempts, however, failed to gain traction with governments and consumers.

Healthvana Inc., a medical data provider, is currently using Google’s infrastructure in Los Angeles, according to the company.

The cards itself feature the logo and branding of the healthcare provider or organization at the top, followed by the person’s name, date of birth, and other key information, such as the vaccine manufacturer or dose or test date.

Healthcare providers or organizations, according to a support document, could notify consumers that they can download their card via email, text, or a mobile website or app.

According to Google, the update will begin in the United States and then spread to other regions.

Covid-19 vaccination sites will soon be shown on Google Maps