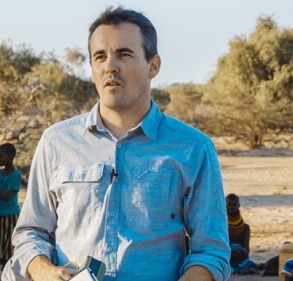 Virridy has raised $5.5 million in Series A funding to help expedite the development and implementation of its satellite-connected sensors for water, energy, and agricultural resource management.

Existing investors FHI 360, Cleo Capital, Reverent Rock, Save Earth, and VertueLab also participated in the round, which was led by Accord Capital. Virridy has been renamed from SweetSense to highlight its dedication to enabling high-quality environmental commodities, in addition to the finance.

Virridy was founded to solve these issues and promote global environmental resilience. Virridy is monitoring the water supply of nearly four million people with the support of institutions such as the National Science Foundation (NSF), USAID, the World Bank, NASA, the Millennium Water Alliance, and Swarm Technologies.

“Through our sensors and analytics, Virridy is allowing environmental markets such as carbon credits, energy incentives, and water permitting. Dr. Evan Thomas, Virridy’s founder, and CEO, said, “Our team was the first to bring to market carbon financing for water treatment 15 years ago, and we’re now enabling these markets at scale for water access and conservation, soil carbon, and energy conservation.”

Virridy is also collaborating with The Freshwater Trust and Wexus Technologies to enable farmers in drought-prone areas of the Western United States to monitor and better manage groundwater pumping and consumption while also earning cash through energy savings and automated demand response. This aids farmers in lowering operational expenses, increasing revenue, and adhering to government rules governing the sustainable use of groundwater.