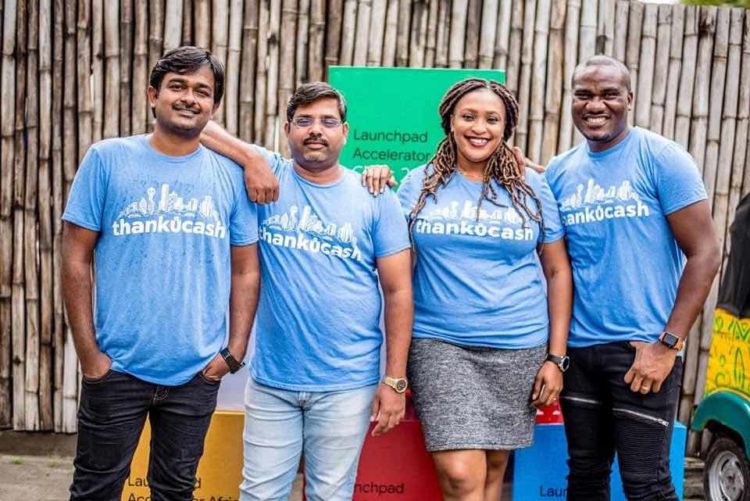 ThankUCash, a Nigerian multi-merchant rewards network, has raised US$5.3 million in seed capital to help it expand into other countries and develop new products.

The seed round was co-led by 500 Global and Unicorn Growth Capital, with participation from Expert Dojo, Predictive VC, SaaS Growth Ventures, Betatron, Accelerex Holding, former HSBC CEO Andrew Dell, Google director of strategy and operations Craig Fenton, and others. ThankUCash participated in the 26th edition of the Silicon Valley-based accelerator back in 2020.

ThankUCash, which was co-founded in 2018 by Simeon Ononobi, Suraj Supekar, Madonna Ononobi, and Harshal Gandole, offers cash back on purchases and discounts from thousands of merchants, allowing merchants to keep customer loyalty, improve sales, and grow.

ThankUCash currently works in Lagos, Abuja, and Port Harcourt, with intentions to expand to other cities across Nigeria and into Ghana and Kenya with the monies raised. It will also launch two new products: a remittance service and a BNPL infrastructure (buy now, pay later).

“Technology has advanced to the point where we can sell our machines in stores.” Customers request loans, and we produce a code for them, which they enter into the PoS machine, and the merchant is promptly credited. The code can only be used in the store chosen and for the loan amount requested, ensuring that the consumer is buying directly from the merchants at the end of the day. The startup’s CEO, Simeon Ononobi, stated, “We’re extending this infrastructure to everyone and want to truly give that platform to loan firms.”

The firm has over 600,000 users on its network and has onboarded over 1,000 stores, handling over $80 million in transaction volume.