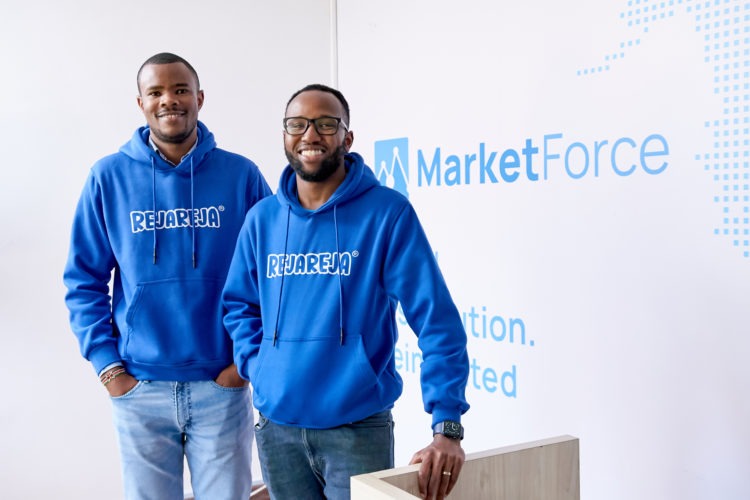 MarketForce, a Nairobi-based B2B platform for consumer goods retail distribution and digital financial services in Africa, has announced the completion of a $40 million Series A funding round, the largest of its kind in East and Central Africa.

The funding comes seven months after the company completed a pre-Series A financing.

Ken Njoroge, the cofounder and previous CEO of Cellulant, was also a part of the round and will serve as Chairman of the board.

There was a mix of equity and debt in the oversubscribed round.

MarketForce is a leading B2B Commerce and Fintech marketplace that enables informal merchants in Africa to order, pay, and receive inventory digitally and conveniently, access financing, collect digital payments, and make extra money by reselling digital financial services such as airtime, electricity tokens, and bill payments. It was co-founded in 2018 by Tesh Mbaabu and Mesongo Sibuti.

MarketForce uses an asset-light operating strategy and is now active in five markets (Kenya, Nigeria, Uganda, Tanzania, and Rwanda) with the RejaReja merchant super app, which provides informal merchants with next-day delivery for hundreds of SKUs from big FMCG brands.

MarketForce had roughly 5,000 customers a year ago; now, it has more than twenty-folded to 100,000, with the average transaction size tripling and revenue increasing 27x in the same time period.

“Our mission is to be the ultimate partner for informal merchants, empowering them to maximize their profits and grow in the digital age by providing better service, assortment, and access to new revenue opportunities, and equipping them with the technology and support they need to transform themselves from simple FMCG outlets to comprehensive financial service hubs for the continent’s last-mile communities,” said Tesh Mbaabu, MarketForce’s Cofounder and CEO. “By 2025, we want to serve over 1 million active merchants in Sub-Saharan Africa on our platform.”

MarketForce intends to use this round of funding to scale merchant inventory financing via a BNPL offering, expand deeper into existing markets, and provide more digital financial and banking services through its broad merchant network. MarketForce already employs 400 people and plans to double that number by the end of 2022.

Freterium, a Moroccan logistics startup, raises $4 million in a seed round.

Mark Zuckerberg, the founder Meta, has announced a series of AI projects that he hopes will help fuel the future of the Metaverse

Clickatell, based in South Africa, has raised $91 million in Series C funding