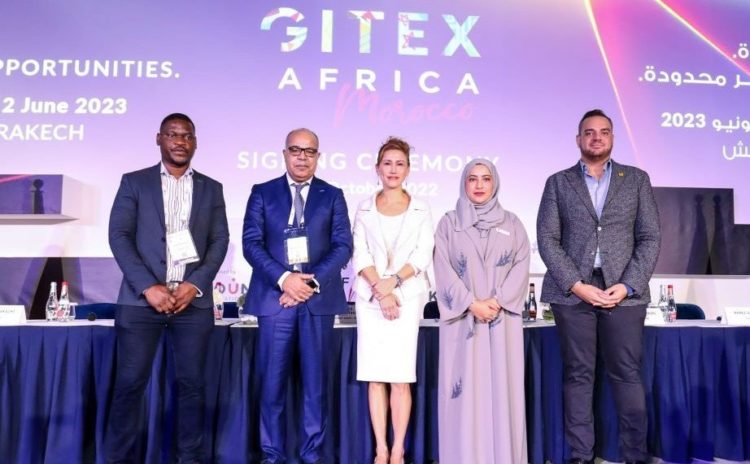 GITEX GLOBAL, the largest technology exhibition in the world, is making its way to Africa for the first time.

Gitex, the annual showcasing of international technology giants and start-ups in Dubai, United Arab Emirates (UAE), has announced that it would hold its first edition in Africa in recognition of the continent’s potential for technical developments and its growing demand for innovation.

The announcement was made at a press conference held in conjunction with GITEX GLOBAL 2022.

International technology companies with operations in several African nations have hailed Gitex Africa as a timely development. The event is also anticipated to host 400 companies from the US, Europe, Asia, and the Middle East.

The first GITEX AFRICA will take place from May 31 to June 2, 2023, in Marrakech, Morocco.

It will draw attention from the global community to the continent’s enormous potential and help to create a vision for a digital economy that is more interconnected, sustainable, inclusive, and tech-driven.

The Digital Development Agency (ADD), a strategic public organization overseeing the Moroccan government’s digital transformation strategy and reporting to the Moroccan Ministry of Digital Transition and Administrative Reform, is a partner in the launch of GITEX AFRICA.

The formal launch of the “Go There” global campaign for GITEX AFRICA will be led by KAOUN International, the overseas events organizing company of Dubai World Trade Centre (DWTC), in this eagerly anticipated commercial venture in the highly sought-after tech zone.

The next biggest digital economy is here. #GITEXAFRICA brings you the biggest tech and business opportunities, in the next multi-billion-dollar market in the making. 31 May – 2 June, Marrakesh, Morocco.

Mohammed Drissi Melyani, general director of the Digital Development Agency, said at the show’s formal announcement and signing ceremony: “We are honored to conduct this event in a continent that is seeing enormous dynamic, economic, and social expansion in many domains.

The growth of African talent is likewise happening at an unprecedented rate.

The world’s tech giants While the number of individuals with internet access has increased to 522.8 million, or 40% of the African population, Microsoft and Google are already establishing billion-dollar innovation and talent centers in Africa.

Bumpa, a social commerce startup based in Nigeria has raised $4 million