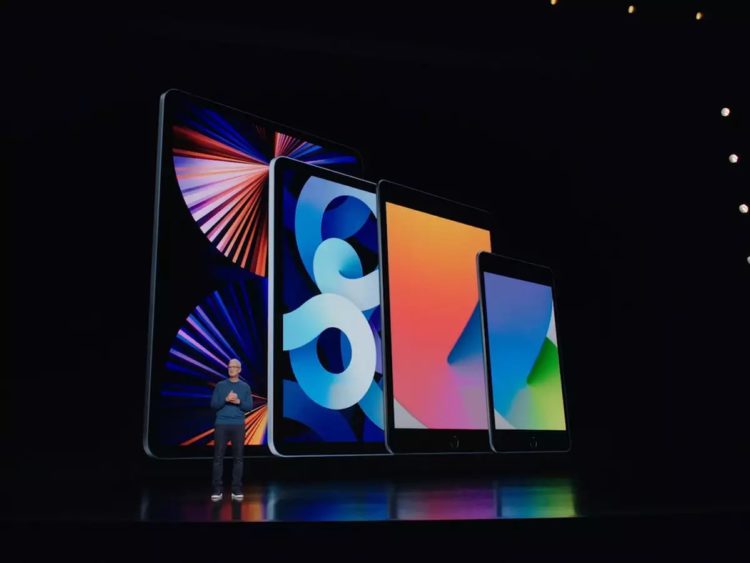 The Apple event, dubbed “California Streaming,” was held on September 14th, where it unveiled a new generation of iPhones and iPads with better and faster processors and cameras.

Here’s a quick recap of everything announced at the Apple event:

The iPhone 13 and iPhone 13 mini have very identical designs like the iPhone 12 and iPhone 12 mini, with the exception that Apple oriented the dual rear-camera system diagonally and reduced the size of the notch. The iPhone 13 is equipped with Apple’s brand-new A15 Bionic chipset, which provides a variety of performance and efficiency improvements. The new iPhone 13 now comes with a 128GB storage capacity as standard.

Apple has launched two new iPhone 13 “Pro” variants. The iPhone 13 Pro and iPhone 13 Pro Max share the same flat-edged design as their predecessors, but Apple has improved them with a smaller notch, a more durable body, Apple’s A15 Bionic chipset — which now includes a 5-core GPU — and a 120Hz Super Retina Display.

Today, Apple unveiled the Apple Watch Series 7. It has fewer bezels and a 20% larger screen than the Series 6, but the curved edges remain the same. With an IPX6 rating, it’s the toughest Apple Watch yet.

The Series 7 will be released later this fall, with a starting price of $399.

Apple unveiled a new iPad mini with a revised design that resembles the previous iPad Air. It includes rounded edges, slimmer bezels, a bigger (now 8.3-inch) display, and a Touch ID built right into the power button. It boasts updated and enhanced front and rear camera systems, as well as USB-C charging – a major thing! — which allows for faster switching and compatibility for new peripherals. The second-generation Apple Pencil, which magnetically clamps and charges to your new iPad mini and features 5G connectivity, is also compatible with the new mini.

The new iPad mini has a starting price of $499.

Apple unveiled a new iPad with a lower price point. It has the same design as the previous 10.2-inch iPad, but it has a new A13 Bionic CPU, a considerably superior selfie camera (now a 12-megapixel, ultra-wide lens with CenterStage), True Tone support, and starts at 64GB of storage. Unfortunately, it still only works with the first-generation Apple Pencil.

Apple revealed today during its “California streaming” event that iOS 15, iPadOS 15, watchOS 8, and tvOS 15 will be released on September 20.

Redesigned notifications, Focus mode, Live Text, and other upgrades and features are included in iOS 15 and iPadOS 15. iOS 15, iPadOS 15, watchOS 8, and tvOS 15 were all shown off in June and have been in beta testing since then.

Apple’s Apple Fitness+ subscription service is getting a slew of new features, including new workout kinds, group workouts, and more.

Pilates activities, as well as guided meditations, will be added to Apple’s fitness app. Not only that, but Apple is adding group workouts to the service via SharePlay, allowing users to participate in the same workout via AirPlay on their iPhone, iPad, and Apple TV.

For the first time, Apple began selling certified refurbished Apple TV 4K and Apple TV HD units with the updated Siri Remote in the United States, Canada, and many European nations today, with prices cut by roughly 15% as usual.