This challenge will see African entrepreneurs compete for $10 million in funding with the aim of supporting businesses that are growing the continent’s nascent digital economy.

According to a statement, small scale businesses in Africa will compete for $1 million cash prize every year for the next decade, starting in 2019.

The Jack Ma Foundation will host an annual pitch competition, with all 10 finalists receiving grant funding and access to the Netpreneur community of African business leaders for mentorship and other resources.

“As a fellow entrepreneur, I understand the importance of getting support during the early days,” the Alibaba executive chairman said. “This prize demonstrates our support of a next generation of young entrepreneurs across Africa that is paving the way for a better future and impart positive change in their communities.”

While the competition will be open to entrepreneurs in all industries, the prize will focus on internet-led businesses that help advance technology and innovation in Africa. Applicants must be African nationals leading mission-driven organizations, and the 10 finalists will be selected by a team of judges from five regions representing the entire continent. Applications for the first year open in January and the finalist pitch competition will be broadcast live on television and online in the second half of 2019.

The Netpreneur Prize is the latest initiative by Ma to foster and develop entrepreneurial talent in Africa. Ma launched the eFounders Fellowship after his visit to the continent last year, with the goal of empowering 1,000 entrepreneurs from developing countries, 200 of whom would hail from Africa.

Ban Ki-Moon, the former United Nations secretary-general was appointed to the advisory board of the Netpreneur Prize.

Applications for the pitch contest will be opened by January 2019 and is scheduled to hold in the second half of 2019. The deadline is slated for April 2019. 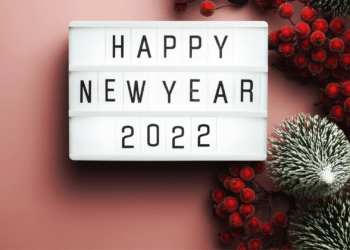 Wishing you a happy, healthy, and prosperous new year from all of us at Tech Gist Africa. Cheers to a...

Khadija Elbedweihy, the founder of PraxiLabs, an Egyptian education startup, has been named the winner of Africa’s Business Heroes 2021