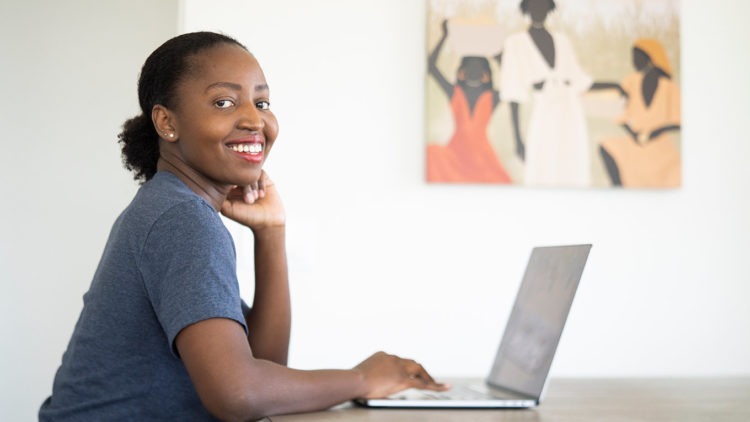 Gloria Tumushabe’s engineering and computer science studies at the University of California, Berkeley were funded entirely by a full scholarship, but she believes that far too many others in her home country in Uganda are left behind.

During the pandemic lockdown,Tumushabe decided to work on a side project.

“When I got the letter saying I got into Berkeley and that I got a scholarship,” Tumushabe said, “I felt like I won the lottery.” “I’m not sure I slept.”

In Uganda, 77% of the population is under the age of 25. She stated that opportunities are scarce, especially for women.

The woman is in charge of more house chores, laundry, and other duties “she said

The pandemic has put many of those who do go to school behind. One of them is Martha Atwine.

“I essentially had to stay at home and do housework as a kid,” Atwine explained. “In a pandemic, that’s all I could do.”

Tumushabe, on the other hand, wanted to help from afar.

“I figured now would be a good time to start teaching and really inspire these people to learn computer science,” she explained.

Tumushabe told her family and friends that she was going to teach girls how to write computer code.

“Gloria advised me to contact other girls who might be involved. Many of my friends were interested, but they lacked access to computers “According to Atwine. As a result, they needed to find out how to obtain computers. Atwine was able to borrow a dress, but the spotty Wi-Fi held some of the girls away. Tumushabe even threw his hat in the ring.

“I’m extremely fortunate. I receive a stipend from a scholarship. As a result, a portion of my stipend goes toward the girls’ internet access “Tumushabe remarked.

A GoFundMe page was created as a result.

Those who Tumushabe assisted during the pandemic year will be applying to colleges in the United States. Her job isn’t over, though; she still has some studying to do.

“It may feel like a lot at times, but I enjoy seeing how far my students have progressed… Then I get phone calls like, ‘Hey, Gloria, I’m calling to express my gratitude.'”

She’ll return to Africa, taking with her lessons for the whole continent, she hopes.