TradeDepot, a Nigerian B2B e-commerce startup, has raised $110 million in a Series B funding round

TradeDepot, a B2B e-commerce and embedded finance platform based in Nigeria, has raised US$110 million in an equity and debt Series B investment round to enhance the delivery of buy-now-pay-later services to five million SME retailers throughout the continent.

TradeDepot, which was founded in 2016, connects African consumer products brands with a target market of several million retail outlets across the continent.

The startup provides SME shops in its network with a wide choice of consumer items as well as credit lines that allow them to obtain inventory and pay in installments as they sell to their own consumers.

“We’re still putting a lot of effort into making digital commerce and finance accessible and affordable to neighborhood merchants in Africa’s major cities. We are thrilled to have an outstanding set of new investors join our board of directors, including IFC’s Wale Ayeni and Brian Odhambo of Novastar, to support us on our mission to create growth and prosperity across Africa,” said Onyekachi Izukanne, CEO and co-founder of TradeDepot.

“The informal sector is a major and important element of Africa’s economy, accounting for about 80% of jobs in the area,” said IFC managing director Makhtar Diop. “We’re pleased to collaborate with TradeDepot to use technology to help small businesses across Africa, particularly those managed by women, have access to the resources they need to expand and scale.”

The money will help the company expand its buy-now-pay-later service to more stores, expanding consumer goods brand penetration and driving prosperity in one of the continent’s most important industries.

OfferZen, a South African tech talent marketplace, has raised $5.1 million in a Series A funding round 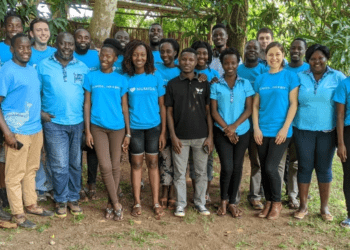 Numida, a fintech firm in Uganda, has raised US$12.3 million in pre-Series A debt and equity capital to help it...

Farmerline, a company based in Ghana, has raised $1.5 million in a pre-series A funding round

Vendease has raised $30 million in a series A funding round

TymeBank, a South African Neobank, has raised $70 million in a Series B extension