In December, regulators launched an investigation into the company’s monopolistic activities. The investigation focused on a practice that requires merchants to choose between two sites rather than working with both.

China’s State Administration for Market Regulation (SAMR) said in a statement that this policy stifles competition in China’s online retail market and “infringes on merchants’ businesses on platforms as well as consumers’ legitimate rights and interests.”

According to the government, Alibaba’s “choose one” policy and others allowed it to strengthen its market position and gain unfair competitive advantages.

Alibaba will have to file self-examination and enforcement reports to the SAMR for the next three years, in addition to the fine, which amounts to around 4% of the company’s 2019 revenue, according to regulators.

In a statement, the company said it acknowledged the penalty and would follow the SAMR’s decision. Alibaba stated that it completely cooperated with the inquiry, performed a self-assessment, and has also improved its internal processes.

“Alibaba would not have grown without sound government regulation and operation, and crucial oversight, tolerance, and support from all of our constituencies have been critical to our development,” the company said.

The announcement is the latest in China’s ongoing crackdown on technology firms. Regulators have become increasingly concerned about China’s tech behemoths, especially those in the financial sector.

Ant’s much-anticipated initial public offering was halted in November after Chinese regulators released new draft rules on online microlending, which is a core part of the company’s market. Prior to the announcement, the China Securities Regulatory Commission summoned Ma and other Ant executives.

Ma appeared to face backlash after making remarks critical of China’s financial regulator, claiming that the country’s financial system was a “legacy of the Industrial Age.”

The business empire of billionaire Jack Ma, who created both Alibaba and Ant Group, has been the subject of much of this increased scrutiny.

Jeff Bezos is stepping down as CEO after serving as Amazon’s CEO for more than 25 years. 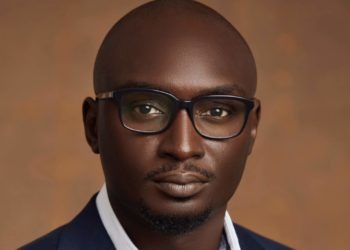