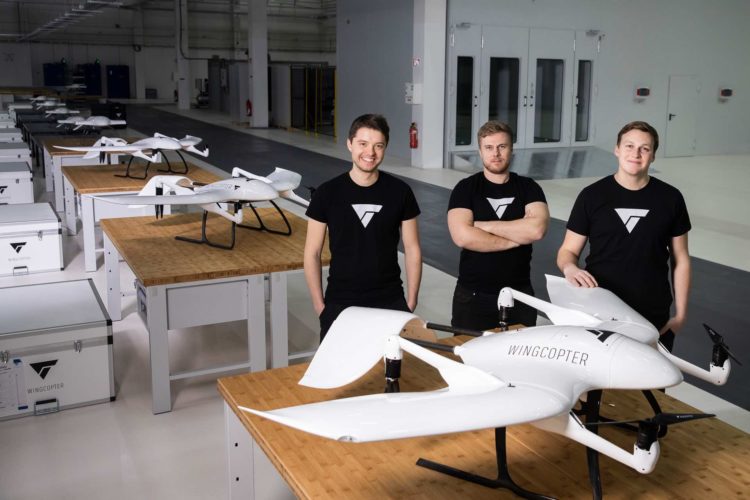 The German company Wingcopter, which makes and offers delivery drones, said that it has raised $42 million from reputable financial and strategic investors.

The company’s total equity raising has now tripled to more than $60 million as a result of the additional funding, which is a part of a Series A extension round.

The demand for Wingcopter’s new unmanned aircraft system has been steadily rising, and the majority of production slots for this year and next year have already been filled.

The Wingcopter production plant in Germany is built to produce thousands of Wingcopter drones annually. Soon, production operations will begin to be partially automated, greatly accelerating the production process.

“To save and enhance lives, Wingcopter develops effective and sustainable drone solutions. To do this, we are hiring enthusiastic pioneers with whom we will create something that has never existed before “said Tom Plümmer, Wingcopter’s co-founder and CEO. “The new capital, along with expanding revenues, puts us in a fantastic position to introduce our customers throughout the world to our market-leading drone delivery solution to optimize supply chains.”

As part of the company’s mission to save and enhance the lives of people around the world, Wingcopter will expand its network operations in Malawi, where it has been operating since 2019, with new Wingcopter 198 drones and more hubs. These drones will transport different medical goods, such as emergency medications and COVID vaccines, to remote health centers.

Additionally, Wingcopter intends to hire 80 additional personnel across all departments in the next months and use the capital infusion to speed up the company’s R&D activities in relation to new product features.

With the additional capital, Wingcopter will be able to broaden its drone delivery services internationally and increase manufacturing of the Wingcopter 198, the most effective eVTOL delivery drone in the world.