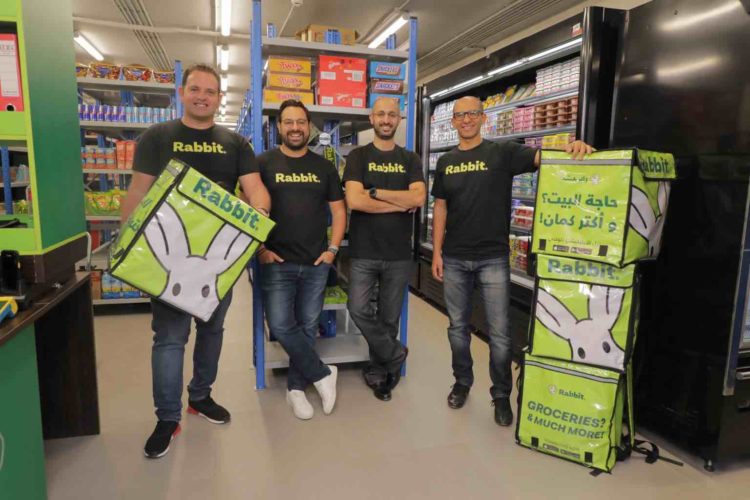 Rabbit, an Egyptian on-demand delivery startup that uses dark storefronts to transport groceries, cosmetics, electronics, and other items, has raised an US$11 million pre-seed fundraising round.

Global Founders Capital, Foundation Ventures, Raed Ventures, MSA Capital, and Goodwater Capital are among the international investors who contributed to the US$11 million pre-seed fundraising round. Rabbit presently serves four neighborhoods in central Cairo – Mohandeseen, Zamalek, Maadi, and Nasr City – and has ambitions to expand its service area in the near future, with intentions to grow into other large cities and process hundreds of thousands of orders per month.

Rabbit, a tech-enabled hyper-local fulfillment center founded by Ahmad Yousry, Walid Shabana, Ismail Hafez, and Tarek El Geresy last month, promises to be able to guarantee consumers that what they want will never be out-of-stock and will arrive in under 20 minutes.

Rabbit, according to Yousry, will soon be processing hundreds of thousands of orders per month.

DP World has launched its e-commerce platform DUBUY.com in Kenya

Appetito, an Egyptian grocery delivery startup, has raised $2 million in a pre-Series A funding round

Breadfast, an Egyptian grocery delivery startup, has raised a $26 million Series A funding round.