South Africa has provided the groundwork for financial regulators to implement cryptocurrency asset regulations as the country attempts to reduce fraud and improve cross-border flow management.

Crypto-assets service providers have come under growing scrutiny around the world as digital currencies migrate from the fringes of the financial world to the mainstream.

According to a statement released by the country’s Intergovernmental Fintech Working Group (IFWG), the collapse of a Bitcoin dealer late last year, said to be the country’s largest Ponzi scam, and other incidents of market misuse have underlined the need for tougher controls.

According to the IFWG, “the dynamic evolution of the crypto market must continue to be pro-actively monitored,” which includes “maintaining awareness on emerging worldwide best practices through standard-setting bodies” and other steps.

Crypto assets would be brought under the regulatory jurisdiction of South African regulators in a phased and planned way, according to the statement. “It must be emphasized, however, that crypto assets are inherently dangerous and volatile, whether or not they are regulated.”

The grouping’s position paper includes 25 recommendations and lays out a collaborative and activity-based approach to developing a regulatory framework. As consumer interest in digital currency develops, it also underscores the need for increased financial literacy among consumers.

The approval of the working group’s position paper will provide the necessary tools for the country’s regulators, particularly the Financial Sector Conduct Authority, to begin implementing measures based on the group’s recommendations, according to the statement. 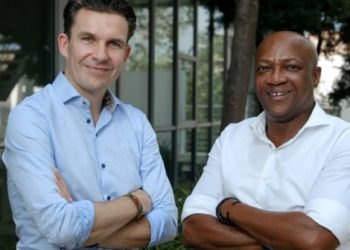 Talk360, a South African app that allows users to call any landline or mobile phone in the globe at a...