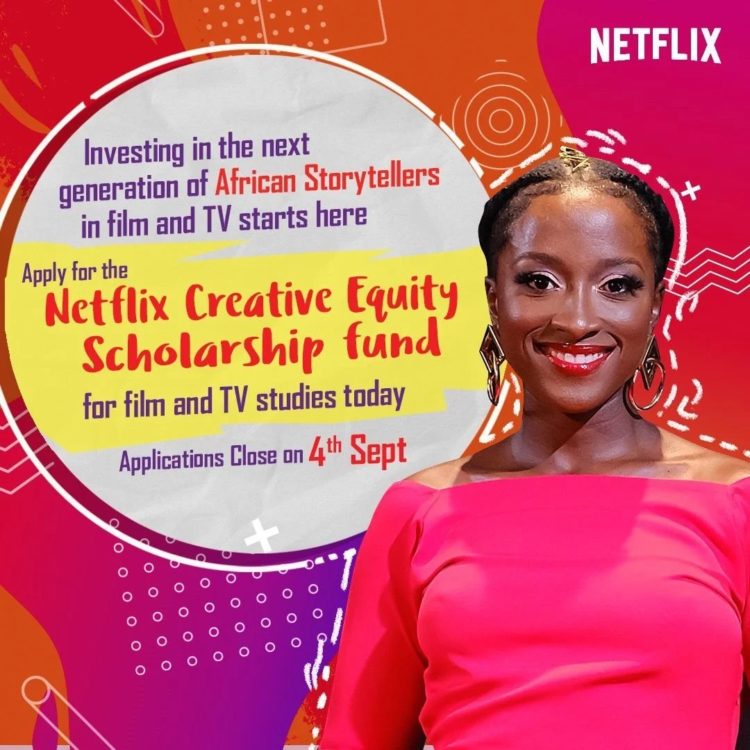 The Netflix Creative Equity Scholarship Fund (CESF) will now be available to film and television students in the West and Central African area, the company has announced.

Students can now submit applications to study at institutions in Nigeria, Ghana, Benin, and Gabon.

A US$1 million scholarship fund for students from Sub-Saharan Africa is part of Netflix’s global Netflix Creative Equity Fund, which was launched in 2021 and will be distributed to various initiatives over the following five years with the aim of creating a strong, diverse pipeline of creatives worldwide.

In the academic year beginning in 2022, the Netflix CESF is scheduled to go live across the region. Netflix will collaborate with Dalberg as an implementation partner and fund administrator in the West and Central Africa region.

The scholarship fund will pay for tuition, housing, books, and living expenses at particular Nigerian partner schools where recipients have been approved to pursue programs of study in television and cinema for the 2022 academic year.

For the 2022 academic year, the fund will be accessible to students who have been admitted to pursue studies in a variety of cinema and television-related fields.

Aspiring creatives from West and Central African nations can receive financial assistance in the form of full scholarships at partner higher education institutions in Nigeria, Benin, Ghana, and Gabon with the help of the Netflix CESF.

Students who have been admitted to study at one of the following partner institutions for the 2022 academic year in a variety of film and television-related subjects will have access to the fund:

West and Central African nations including the following are eligible: