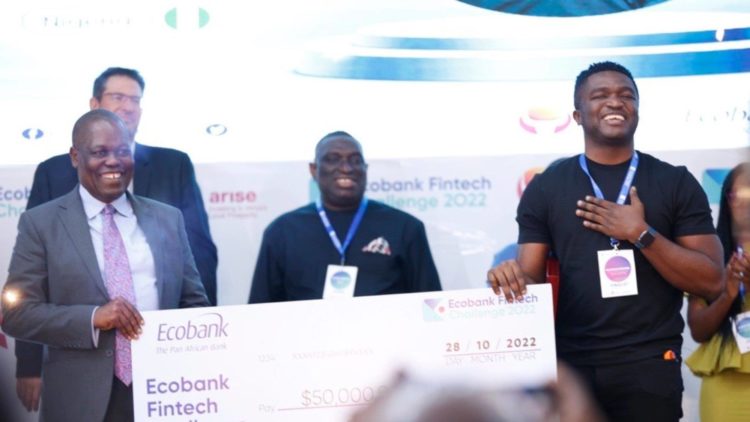 Touch and Pay, a fintech company based in Nigeria has been named the winner of the Ecobank Fintech Challenge 2022.

At the Grand Finale held at Ecobank’s headquarters in Lomé, presided over by H.E. Cina Lawson, Minister of Digital Economy and Transformation of the Republic of Togo, this news was officially announced.

The $50,000 awarded to Touch and Pay is the biggest unrestricted cash prize in the fintech industry in Africa.

With more than 2 million users, it facilitates daily payments for 500,000 customers.

The winner, along with the other five finalists, was also accepted into the Ecobank Fintech Fellowship, a special initiative that offers Fintech Fellows the chance to investigate potential business collaborations with the Bank, such as integrating with Ecobank’s pan-African banking platforms and expanding their fintech ventures across Ecobank’s 33 African markets.

The following are the remaining five finalists in the 2022 edition:

“We at Touch and Pay (TAP) are pleased about the chance given to us to engage with Ecobank, a pan-African bank operating throughout Africa,” stated Oluwole Michael, CEO of Touch and Pay, expressing his deep joy at winning the Fintech Challenge.

Since the Ecobank Fintech Challenge was introduced in 2017, around 4,000 startups have taken part in its five editions.

52 fintechs have now been accepted into the Ecobank Fintech Fellowship since that time.

KarmSolar, an Egyptian cleantech company, has raised $2.4M in funding