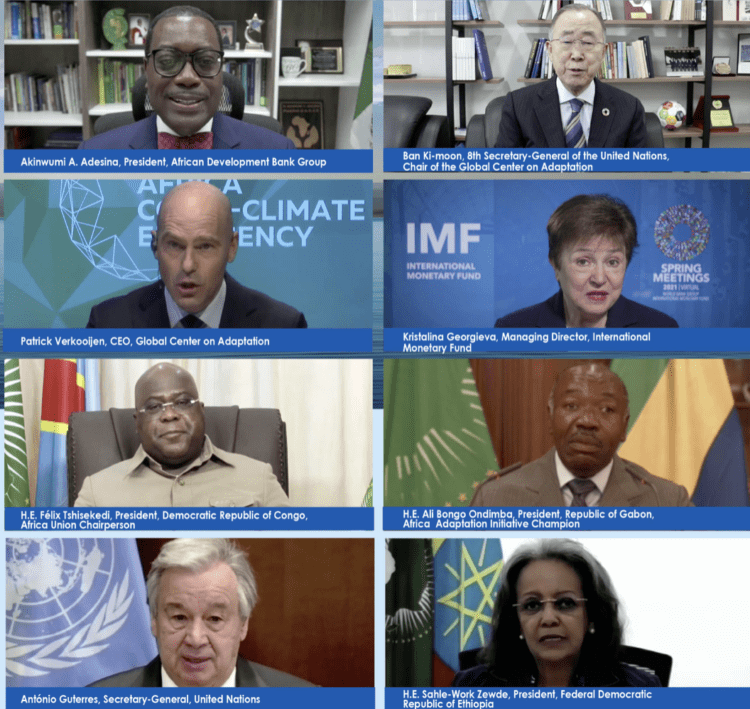 More than 30 heads of state and world leaders have pledged to prioritize measures that will assist African countries in adapting to the effects of climate change and “building forward better.”

Africa now faces two threats: climate change, which costs between $7 billion and $15 billion per year, and Covid-19, which has killed 114,000 people.

According to the African Development Bank, the cost of climate change on the continent could reach $50 billion per year by 2040, with a 3% annual GDP decline by 2050.

More than 30 heads of state and global leaders gathered behind the ambitious new Africa Adaptation Acceleration Program during a virtual Leaders’ Dialogue organized by the African Development Bank, the Global Center on Adaptation, and the Africa Adaptation Initiative. The aim of the program is to raise $25 billion to speed up climate change adaptation efforts across Africa.

“Revisit our climate goals and accelerate the implementation of our actions planned under our national priorities,” said DRC President Félix-Antoine Tshisekedi Tshilombo, who also serves as the African Union Chairperson.

To do so, we must concentrate on actions that will help us respond to the effects of climate change, such as nature-based strategies, energy transformation, increased accountability, technology transfer, and climate finance.”

The Africa Adaptation Acceleration Program was created to combat the effects of Covid-19, climate change, and Africa’s worst recession in 25 years.

This is why today’s unparalleled display of support for African adaptation financing is so significant.

Gabon’s President Ali Bongo Ondimba, who is also the Chair of the African Union-led Africa Adaptation Initiative, spoke about the country’s track record in reducing emissions.

Gabon, he said, is one of the few carbon-negative countries in the world. “We must insist that climate adaptation and mitigation receive equal consideration in climate finance.

Africa is calling on developed countries to take on historic responsibilities and join the initiative to accelerate Africa’s adaptation,” said President Bongo.

“With our partners, we plan to mobilize $25 billion in funding for the success of the Africa Adaptation Acceleration Program,” said African Development Bank President Dr. Akinwumi A. Adesina.

It is past time for developing countries to follow through on their pledge to include $100 billion in climate finance per year.

The Africa Adaptation Acceleration Program, as well as many other ambitious African projects, must be given the resources they need to achieve their objectives.

“The United States remains a dedicated development partner for Africa and a major supporter of the African Development Bank,” US Treasury Secretary Janet Yellen said on behalf of US President Biden.

Africa has made the least contribution to climate change but is bearing the brunt of its consequences.

I applaud the African Development Bank and the Global Center for Adaptation for putting together the Africa Adaptation Acceleration Program.

We endorse the initiative because it will help us escape the worst consequences of climate change by working together.”

The African Development Bank and the Global Center on Adaptation initiated the Africa Adaptation Acceleration Program, which consists of many transformative initiatives:

For a circular economy, these include water, transportation, electricity, and waste management.

Empowering Youth for Entrepreneurship and Job Creation in Climate Resilience will train one million youths in climate adaptation skills and help 10,000 small and medium-sized youth-led enterprises that will generate green employment.

“As well as facing the health and economic crises caused by the pandemic, African countries are among the most vulnerable to the impact of climate change,” said Kristalina Georgieva, Managing Director of the International Monetary Fund.

Remy Rioux, the Chief Executive of the French Development Agency, spoke on behalf of French President Emmanuel Macron, saying: “Africa is offering solutions to climate change, including the Great Green Wall and the African Development Bank’s Desert to Power project to create the world’s largest solar zone in the Sahel of Africa.” The Africa Adaptation Acceleration Program has the full support of France.”

“Africa has a unique opportunity to advance its growth exponentially if it invests now in a climate-smart adapted future focused on a deep understanding of climate risks and solutions that place nature and people at the core,” said Dr. Patrick Verkooijen, CEO of the Global Center on Adaptation, who moderated the Leaders’ Dialogue.

The African Development Bank has been named the best multilateral financial institution in the world by Global Finance. 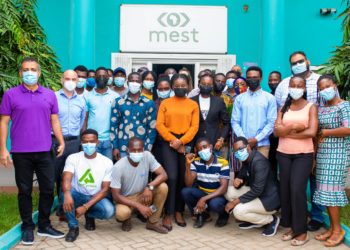 Twenty-two Ghanaian startups have been chosen for the UNICEF StartUp Lab's second cohort, a co-creation space and incubator that helps...