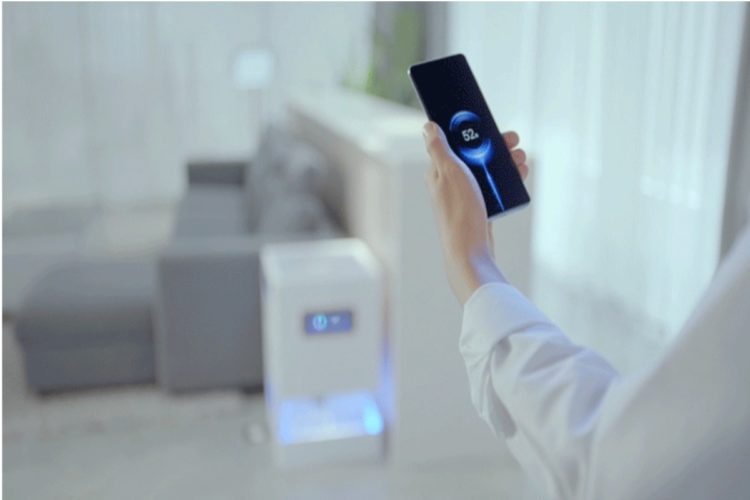 Mi Air Charge technology was launched by Xiaomi, a remote charging technology that can charge multiple devices simultaneously, according to the company, and can recharge a smartphone that is being used when walking around.

In a blog post, the organization explains how the technology operates. The transmitter looks very huge, as big as maybe a side-table in the living room next to a couch. A 5W charge can be delivered wirelessly to a smartphone by the transmitter.

The self-developed isolated charging pile of Xiaomi has built-in five phase interference antennas that can accurately detect the smartphone’s location.

By beamforming, a phase control array composed of 144 antennas transmits millimeter-wide waves directly to the handset.

Xiaomi’s remote charging technology can charge multiple devices with a 5W current within a range of “several meters” in its current state. Xiaomi states that the charging performance of physical objects does not decrease, although this must have some caveats.

Xiaomi stated that smartwatches, fitness bands and other wearables will ultimately be compliant with its Mi Air Charge tech.

Our living room equipment will soon be based on a wireless power supply design, totally free of wires, making our living rooms fully wireless, like speakers, desk lamps, and other tiny smart home items.

We're excited to bring you the remote charging technology – Mi Air Charge Technology! Charge multiple devices simultaneously while you're gaming, walking around or even when something's in the way, no strings attached. Another giant leap forward in wireless charging technology! pic.twitter.com/wEoB10wOQ2

For the Mi Air Charge device, no release date is given and it is not known whether such a technology will ever make it to the consumer market.

Jeff Bezos is stepping down as CEO after serving as Amazon's CEO for more than 25 years.