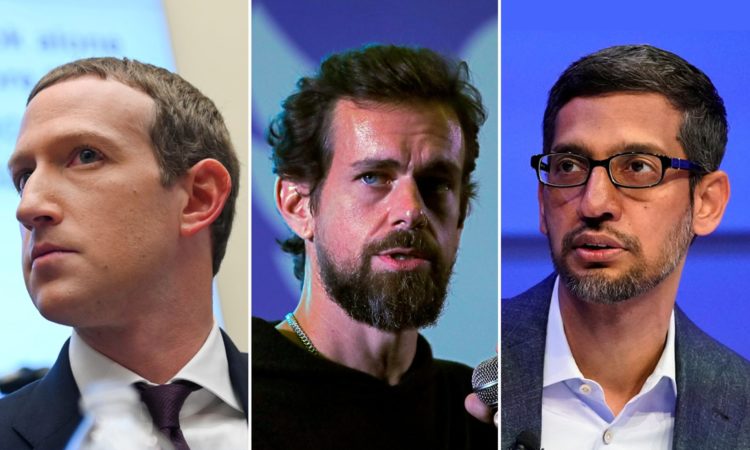 Last week, the CEOs of Facebook, Google, and Twitter faced off against US lawmakers, who grilled them on disinformation, tech addiction, and other issues ravaging some of the biggest online platforms.

Tensions were high as they asked them to answer “yes or no” to questions ranging from whether their platforms were to blame for the riot on Jan. 6 to whether they knew the difference between the two terms.

Throughout the hearing, lawmakers from both parties attempted to pin down the tech CEOs with questions that required only “yes” or “no” responses, interrupting them when they tried to provide longer answers.

The platforms’ approach to misleading or dangerous content has been strongly criticized by lawmakers. Despite the fact that the three firms have taken measures to combat disinformation, researchers have discovered that it is still prevalent on the platforms.

“Your business model has become the issue, and self-regulation is no longer an option. “It’s past time for us to pass legislation to keep you accountable,” said Democratic Representative Frank Pallone, who chairs the Energy and Commerce Committee.

Legislators claim they’re looking at new rules, including one based on Section 230 of the 1996 Communications Decency Act, which protects internet platforms from responsibility for content uploaded by their users.

“Today’s laws offer these businesses a blank check to do nothing rather than limit the dissemination of misinformation,” said New Jersey Democrat Frank Pallone Jr., chairman of the Energy and Commerce Committee.

Facebook’s CEO, Mark Zuckerberg, has expressed support for reforming Section 230. Companies should “be expected to show that they have processes in place for detecting illegal content and removing it,” he said in prepared remarks, but they shouldn’t be held accountable if a piece of content eludes them. However, lawmakers should be mindful of the effect on smaller platforms, he said.

When asked whether he agreed with Zuckerberg’s suggested changes, he said yes. Pichai claimed that the company would welcome “definitely good ideas around openness and accountability.”

Twitter’s CEO Jack Dorsey also agreed with Pichai that Zuckerberg’s openness ideas are “strong,” but added, “it’s going to be really hard to decide what’s a big platform and what’s a small platform.”

Mark Zuckerberg, the CEO of Facebook Inc., said that his organization was in charge of creating “powerful systems.” He also claimed that the rioters, as well as former President Donald Trump, should face repercussions.

Much of the time, Zuckerberg wore a chronically frustrated expression.

In the days leading up to the riot, Google’s CEO said YouTube had taken down thousands of videos that broke its laws. “We had straightforward policies in place and were following them vigorously.”

During the hearing, Dorsey posted a poll on Twitter, asking users to vote “yes” or “no.”

“Mr. Dorsey, what is winning, yes or no, on your Twitter account poll?” Democratic Representative Kathleen Rice asked.

“Your multi-tasking skills are very impressive,” Rice said after Dorsey told her that “yes” was winning.

Dorsey also liked tweets criticizing aspects of the hearing, such as one in which he asked why members of Congress were mispronouncing Pichai’s name, and responded to a tweet confirming that he was barefoot during the call.

Dorsey, who was clearly bored, tweeted his way through the hearing and answered in short sentences.