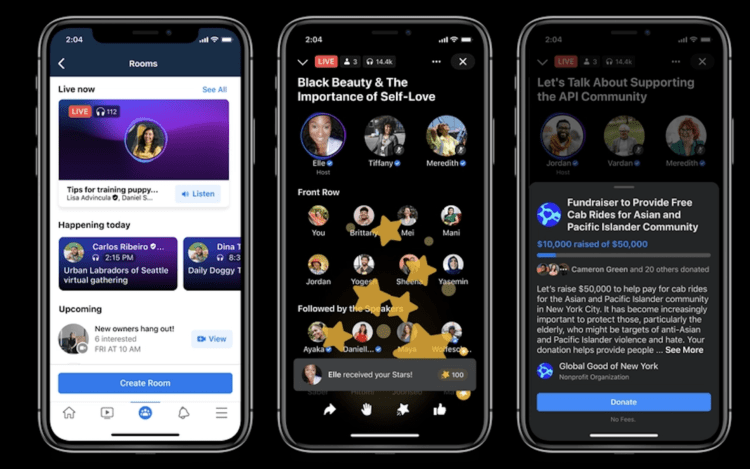 Facebook announced the debut of its own Clubhouse-style live audio rooms as well as a means to locate and play podcasts on its platform, signaling the company’s foray into social audio.

In the United States, public figures and specific Facebook Groups on iOS will be able to create live audio rooms with up to 50 speakers and limitless listeners.

According to Facebook, these individuals can also invite those who do not have a “verified badge” to talk.

The rooms can be listened to on iOS and Android devices.

Facebook has stated that audio will be a first-class medium on its platforms.

The live audio rooms will be launched in collaboration with popular figures such as musicians, journalists, and athletes, according to Facebook.

In live audio rooms, listeners will be able to send “stars,” Facebook’s virtual currency, to creators.

A limited number of podcasts will be available on Facebook for U.S. listeners.

Similar products are being developed by Slack, LinkedIn, and Reddit.