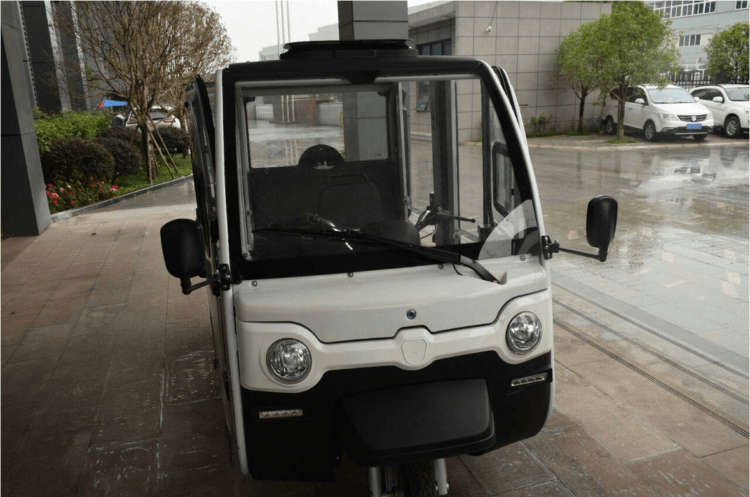 On Friday 25th of October, Twitter went agog with a tweet by a Nigerian named Kenneth Nwarache, identified by @dvoizz on Twitter. On the same thread, he announced that design, assembling and fabrication of the first made in Nigerian Electric Tricycles was achieved alongside his partners Mustapha and Sadiq.

We also plan to recycle and convert already existing petrol tricycles to electric. Also, Charge stations will be metered and a charge. I'm still opened for business talks via my DM.

They also plan to produce electric prototypes of Bus Rapid Transits (BRTs), commercial buses and cars. Charging stations will be metered and an app will be made available for those who want to pay using ATM cards.

Also in the thread was a video clip showing the testing of the electric tricycle which maintained speeds of 72 kilometers per hour with minimal battery drain.

According to Kenneth, the electric tricycle was wholly built in Nigeria. He also said they were capable of converting already existing petrol to electrically charged tricycles.

Electric tricycles are more cost-effective solutions when manufactured at large scale. In June 2019, the co-founder of Metro Africa Express (Max.ng), Chinedu Azodoh hinted the media of plans to launch electric motorbikes, after closing a $7 million funding round.

This feat achieved by the trio shows the possibilities of running Electric Vehicles (EVs) in Nigeria. Many Nigerians are now demanding the government and indigenous vehicle manufacturer, Innoson Vehicle Manufacturing (IVM) to step in and support the efforts of the trio. The nationwide deployment of Electric Vehicles in Nigeria will protect against global warming and climate concerns.